SOUTH AFRICA: The Southern African Faith Communities’ Institute (SAFCEI) and faith community representatives from Africa recently made public its open letter to the Bill and Melinda Gates Foundation. They are appealing to the Gates Foundation to reconsider its approach to “food security and food production” and to stop their push for “input-intensive crop” monoculture agriculture and industrial-scale farming in Africa.

According to SAFCEI’s Gabriel Manyangadze, “Widespread hunger on the African continent, during the Covid-19 crisis, has highlighted the systemic failings of the current profit-driven system. With this week dedicated to raising awareness of the environmental challenges facing Africa, we reiterate our call to the Gates Foundation to stop pushing devastating industrial agriculture on the continent and instead move towards sustainable and agro-ecological approaches.”

The faith-based environmental organisation says that while the Gates Foundation could be recognised for its commitment to improving food security, the problem lies with the model it promotes to achieve this. SAFCEI argues that data has shown that industrialised food systems will not provide the people of Africa with a nutritious and chemical-free, nor a diverse and culturally-appropriate diet that is affordable.

Manyangadze says, “This monoculture farming and food processing – where a single crop is grown year after year, without rotation and vulnerable to the same pests and disease – reduces resilience by depleting and destroying natural soil fertility, water resources, and our rich biodiversity and genetic capital. This is a massive blow to small-scale farmers’ livelihoods. Experiences from around the world provide further evidence that industrial mono-cropping will leave African communities worse-off and even more dependent on aid, in the future.”

He adds, “With its Westernised approach, this style of farming also undermines community-spirited traditions of selecting, saving, and sharing seed. It also ignores indigenous knowledge regarding diversity and multi-cropping. As people of faith, with reverence to the Almighty and with concern and respect to creation, we must stand for agroecology. So far, close to five hundred (500) people of faith and organisations have signed on to support the letter.”

In its letter, the multi-faith environmental justice organisation also highlights a number of concerns on the role of Alliance for the Green Revolution in Africa (AGRA), which is supported by the Gates Foundation in the region. It says, “While Gates and AGRA state their intention is to provide food security for Africa, we contend that the support of large-scale industrial mono-crop farming that has expensive and often damaging hybrid or genetically-modified seed and chemical inputs, will not provide food security to the vast majority of Africa’s citizens and in the long-term, degrades soil.”

“But it is not only the Gates Foundation’s approach that is concerning,” says de Gasparis. “Their influence on farming systems can be seen when governments provide tariff agreements and tax incentives to subsidise large agri-business. As a result of this approach that centralises control of production systems, land and profits end up in the hands of a small elite minority. This not only threatens the agency of those whose farming practices are based on historical and cultural knowledge and understanding of their ecological landscapes, it also reduces production of local nutritious foods and medicines.

She says, “By forcing communities into large-scale industrial mono-crop farming practices, they become more vulnerable to pervading political and economic currents, leaving them with fewer resources to deal with current and future global crises like Covid-19 and climate change. Faith leaders are witnessing the negative impact of industrialised farming to the land and in their communities and have come together in this letter to say to the Gates Foundation, please re-think your approach to farming in Africa.”

Dr. Million Belay from the Alliance for Food Sovereignty in Africa (AFSA) says, “This is part of the bigger plan to transform African agriculture into corporate-driven industrial agriculture. The main reason the agents disparage our seeds, recommending poisons for our soils and plants, and pushing for market-based agriculture, is to make us weak and be their future markets. The purpose is obvious now. What Gates and the range of companies and governments supporting his agenda are doing is leading African agriculture into the path of no return, where dependence on their products and ideas is the only way to go. Faith communities in Africa stand with and support our African food producers and citizens. We denounce Gates Foundation for what it is doing.”

Belay says, “It is important to understand the background of the ‘Green Revolution’ that is underway in Africa since it has led governments, in the name of food security, to give priority to business and profits over the wellbeing of their people and the environment. Agriculture profiteers have to win the minds of policy makers, decision makers and populations, in order for them to implement their harmful business model and earn higher profits. The narrative that there is not enough food to feed Africa’s people was developed to drive the need for this industrial-style farming. This then affects policy and spending decisions.”

“What I find most worrying is that part of this narrative includes disparaging seeds from local communities, saying farmer seeds are part of the problem and therefore must be replaced with patented hybrids. We now need to buy seed from these companies because our seed – that we have used for generations – is considered backward. And yet, we have seen and should learn from the negative impact this approach to farming has had on farmers around the world. Forcing us to farm just one type of crop, which may not even be the best quality seed for that crop, will have devastating impacts on our soil quality, exposes us to the risks associated with mono-cropping, just to name a few adverse effects,” says Belay.

SAFCEI Board Director Kirtanya Lutchminarayan says, “What we are calling for in this open letter to the Gates Foundation are agricultural models that are based on farming in harmony with nature. Concepts such as agroecology, permaculture, and organic farming are regenerative. These practices support the sustainable and non-extractive use of water, land, and soil, in service of people now and for generations to come. There have been publications on transforming agricultural practice with a moral imperative. Monoculture farming is simply not sustaining our people for the long term.”

Faith-based and civil society organisations are not the only ones concerned about an industrial approach to food production. The International Panel of Experts on Sustainable Food Systems and the United Nations Food and Agriculture Organisation, also believe that a transition to more sustainable food systems are needed. These systems should have more socio-economic benefits for the people and should have fewer consequences for the environment.

Sign-on to the open letter here and share widely, before 31 March 2021, to send a clear message to the Foundation to stop pushing industrial agriculture in Africa and to move towards sustainable and agroecological approaches in Agriculture. 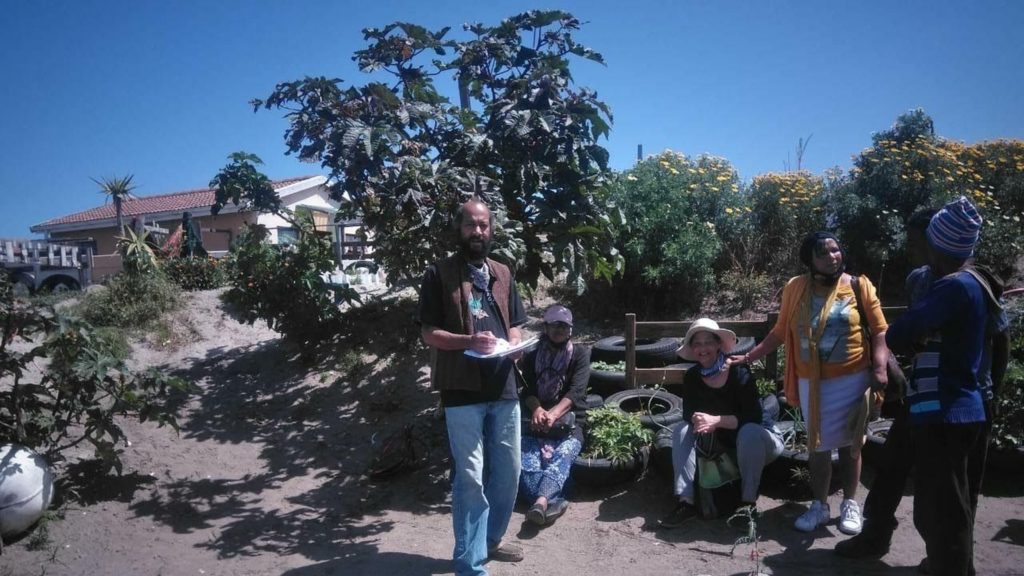 PHOTO CAPTION 2: With industrial mono-cropping, small-scale farmers like Rev. Andre Naidoo are forced to grow a single crop year after year, without rotation, and vulnerable to the same pests and disease. This reduces resilience by depleting and destroying natural soil fertility, water resources, and our rich biodiversity and genetic capital.