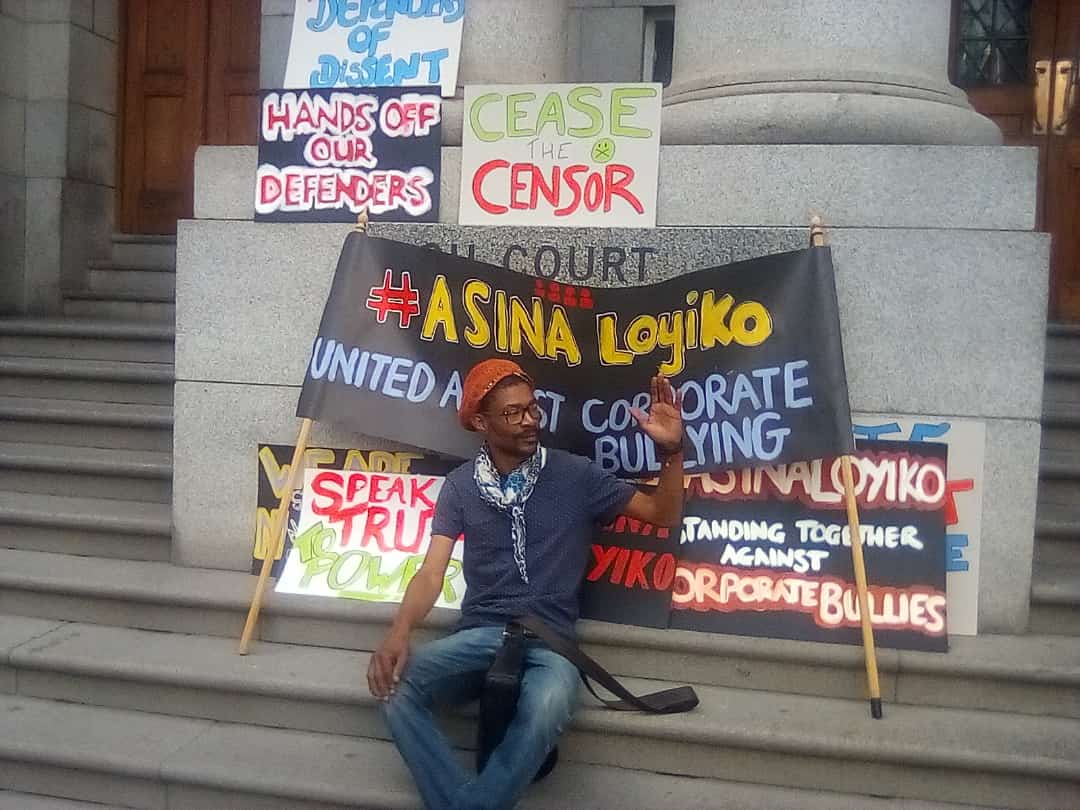 SAFCEI stands in solidarity with Lutzville and Xolobeni communities and supports the call against corporate bullying, and the protection of environmental justice activists.

Yesterday (29 May), the Western Cape High Court heard a preliminary application in one of three defamation suits launched against lawyers and activists who have been critical of Australian miner Mineral Commodities Limited (MRC)’s Tormin Mineral Sands Operation at Lutzville on the West Coast, and its planned mining operation at Xolobeni in Pondoland on the Wild Coast.

The Asina Loyiko (we have no fear) protest by a group of civil society organisations on the steps of the Western Cape High Court sends a clear sign to companies that their SLAPP suits
and other intimidation will not silence those fighting for environmental and social justice.

Environmental justice activists from Xolobeni, Lutzville, Koekenaap, Centre for Environmental Rights, Agrarian Reform for Food Sovereignty Campaign, Natural Justice and Southern African Faith Community Environmental Institute (SAFCEI) attended the picket at the High Court. People were in high spirit as they shouted slogans such as “hands of our activists”, “stop corporate bullying” and “we will not be silenced”.

The group has launched a new campaign known as Asina Loyiko: United against corporate bullying. This campaign is aimed at raising awareness about SLAPP suits, and discouraging the use of this tool to silence and intimidate activists. Meaning “we do not fear”, Asina Loyiko is committed to resisting the threat that SLAPP suits and other forms of corporate bullying pose to civil society’s Constitutional rights to freedom of speech, freedom of the media, academic freedom, and democracy more broadly.