On 27 November 2018, the Portfolio Committee on Energy (PCE) delivered its report on the Department of Energy’s (DoE) Integrated Resource Plan (IRP), to Parliament. According to the Southern African Faith Communities’ Environment Institute (SAFCEI), Parliament has once again failed to act in the people’s best interest, stating that it found “no persuasive arguments against nuclear”.

In the report – which was based on the public hearings on the IRP, held in October – the PCE was in no doubt that “nuclear technology is the cleanest, safest and cheapest technology.” However, SAFCEI’s Energy Justice Coordinator, Vainola Makan says that during the public hearings, various issues with nuclear, were mentioned.

Says Makan, “Over and above the high costs of building a nuclear power plant – which are often marred by delays and related cost overruns – there are further costs associated with maintaining and securing the plant, as well as dealing with waste.”

Makan, who recently held SAFCEI’s People’s Power Learning Fest says, “We are learning that none of the current nuclear waste disposal solutions are real solutions, because the radioactive waste will always be there, and it will always be a risk to all things living in the areas where they are buried. At Koeberg, for example, the concentration of high-level radioactive waste continues to increase, and there is still no clear plan for dealing with it.”

Wellington Mthobisi Sibanda, a Commissioner of Ecumenical Education and Formation at the World Council of Churches, says, “The PCE’s report was disappointing, but it was not unexpected. We had hoped that the Committee would critically evaluate the input it received from the public thus far, and realise that there is still so much that needs to be discussed and debated.”

Says Sibanda, “The MPs who seem to have had the most influence in this report, are those same MPs that approved the illegal nuclear deal. These MPs have never called for, or held any public enquiry or hearings into the nuclear deal or any other issue, for that matter, in their term of office. Are these decision-makers really taking the time to understand the issues the people face? This was their one chance to show they can act in public interest, but they failed.”

Ndivile Mokoena, member of the Justice and Peace Ministry of the Catholic Church and Project Coordinator for GenderCC SA’s Women for Climate Justice says, “The PCE report to the DoE still supports business as usual, despite the long-term mitigation scenarios (LTMS). It ignores climate change challenges and the latest report on 1.5 degree ambitions. And while it acknowledges nuclear and coal as important elements of SA’s energy mix, there is no emphasis to support renewable alternatives that will reduce our carbon emissions.”

SAFCEI’s Executive Director, Francesca de Gasparis says, “Unfortunately, the PCE’s report does not inspire confidence that we are heading in the right direction – not in addressing energy justice issues in this country, or climate change, for that matter. I don’t believe that they have comprehensively unpacked the issues that South Africans are dealing (and will have to deal) with.”

“Also, it’s a bit contradictory when the report asserts that the new IRP should be “flexible, adjustable and the cost to consumer has to be as low as possible,” but then goes on to state that the IRP should be explicit about coal and nuclear as important elements of SA’s energy mix,” adds de Gasparis.

Pastor Neville Van Rooy, a concerned citizen from the Karoo, presented at the IRP hearings last month says, “The report’s sentiment echoes that of the corrupt government we thought we had escaped. It seems that they are once again choosing profits over the wellbeing of the citizens of this country.” According to Van Rooy, one of the biggest threats to the region’s precious groundwater resources, includes attempts at uranium mining and shale gas exploration (the latter is recommended in the National Development Plan (NDP), as an alternative to coal.)

Says Van Rooy, “Communities would welcome an energy summit, to “comprehensively discuss and map out the energy future for South Africa,” but these processes will need to drastically shift from what we have had up to now. Processes must be transparent and inclusive of all citizens, particularly those who are most affected.”

SAFCEI Founder and Patron, Bishop Geoff Davies says, “In its recommendations the PCE said “the final IRP needs to re-look the section on risk analysis especially the socio-economic impact of the proposals on the South African population”.  But they have clearly not taken seriously the socio-economic impact of climate change. Where is the awareness of the impact of a 3 to 4 C temperature increase, of the oceans rising a metre and flooding the Cape Flats, of disrupted agriculture?”

“This can only be prevented by reducing carbon emissions, and that means ending burning coal, no matter how much money can be made from coal. People’s lives and health are more important than money.

So we are flabbergasted that the report recommends that “the IRP should make it explicit that both coal and nuclear will remain important elements of South Africa’s energy mix”.

It is also extraordinary that the MPs still claim that nuclear and coal are financially competitive. All the presentations from civil society produced factual evidence that renewable energy is now the least cost form of energy. South Africa has some of the best solar and wind resources in the world, and there will be no fuel price increase for wind and sun!

The cost of coal and uranium will increase, and there seems little awareness of the pollution hazards to water, soil and air of coal and uranium mining. But there were only a few MPs present when civil society gave their presentations.  We pray the MPs will hear the energy research centres of our universities as well as citizens on the ground around uranium and coal mines and power stations.

We are grateful that the PCE recommends that the IRP should be flexible, for future technologies, and that a national dialogue on the Just Energy Transition should be held during the current financial year.”

Issued by Natasha Adonis, on behalf of SAFCEI. For more information, contact Natasha on 0797-999-654. 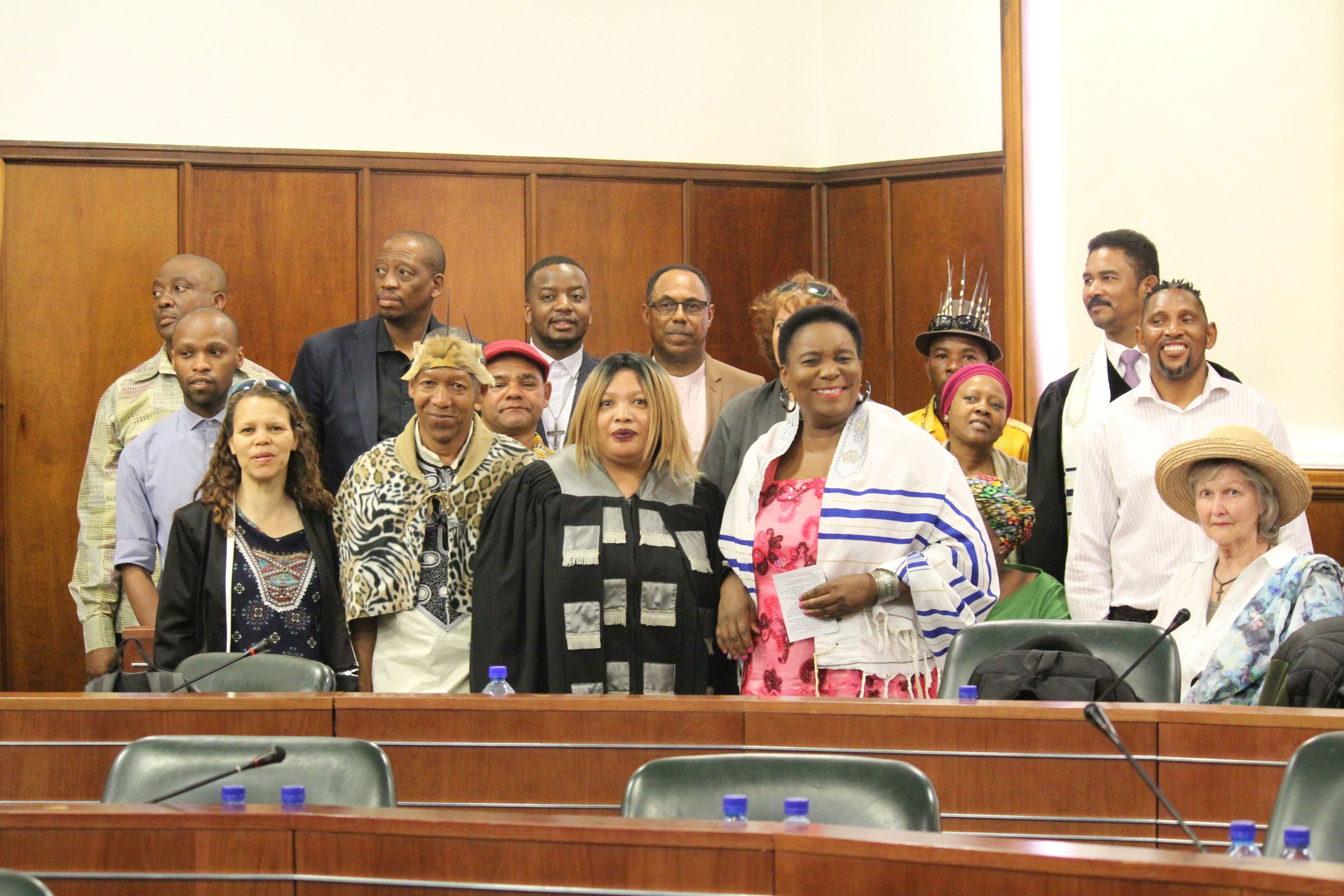 CAPE TOWN, SOUTH AFRICA: In October, various faith leaders and communities took advantage of the PCE’s public hearings on the energy plan, to share their lived experiences, in a bid to secure a just energy future for all citizens. Photo by Roger Sedres for SAFCEI 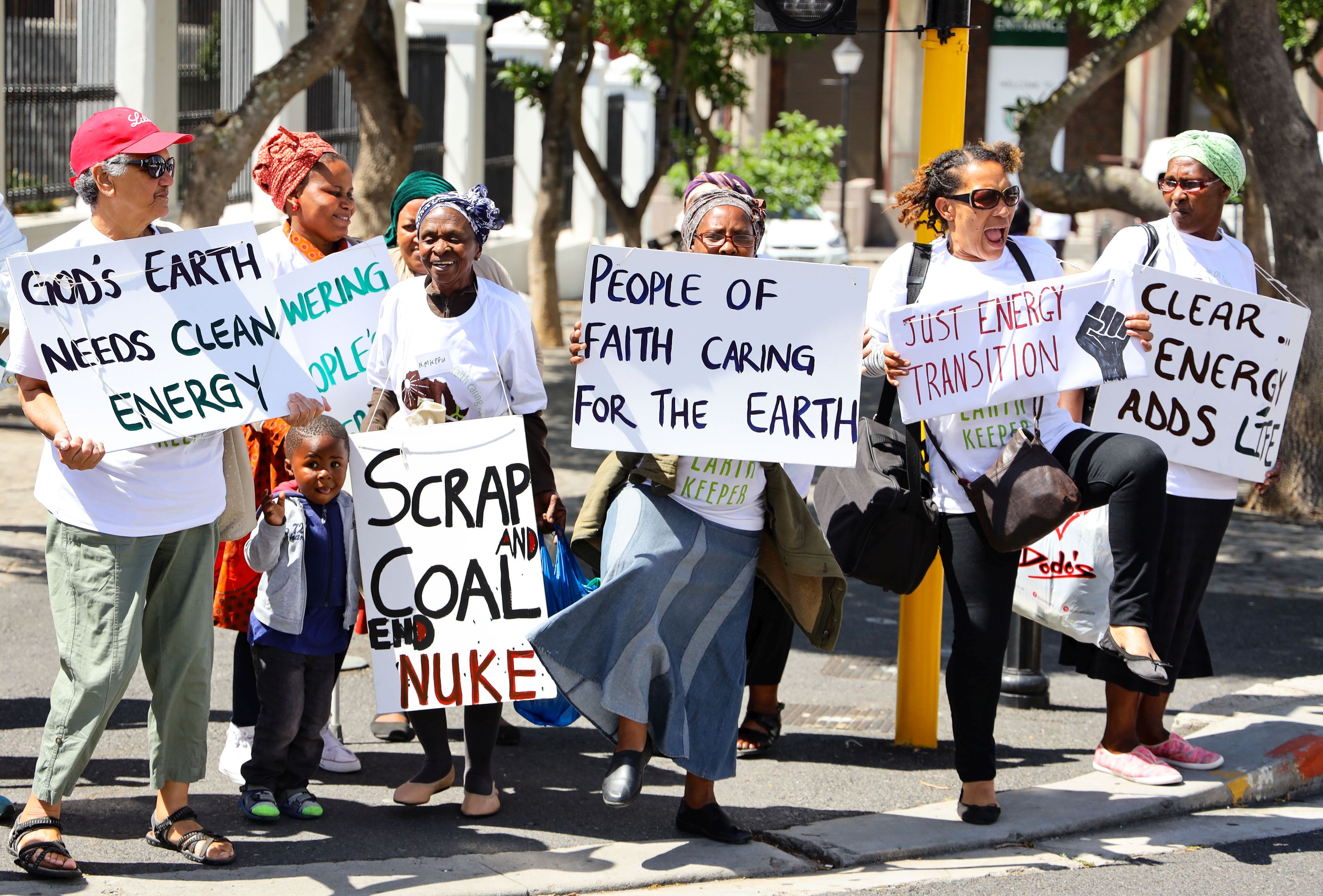 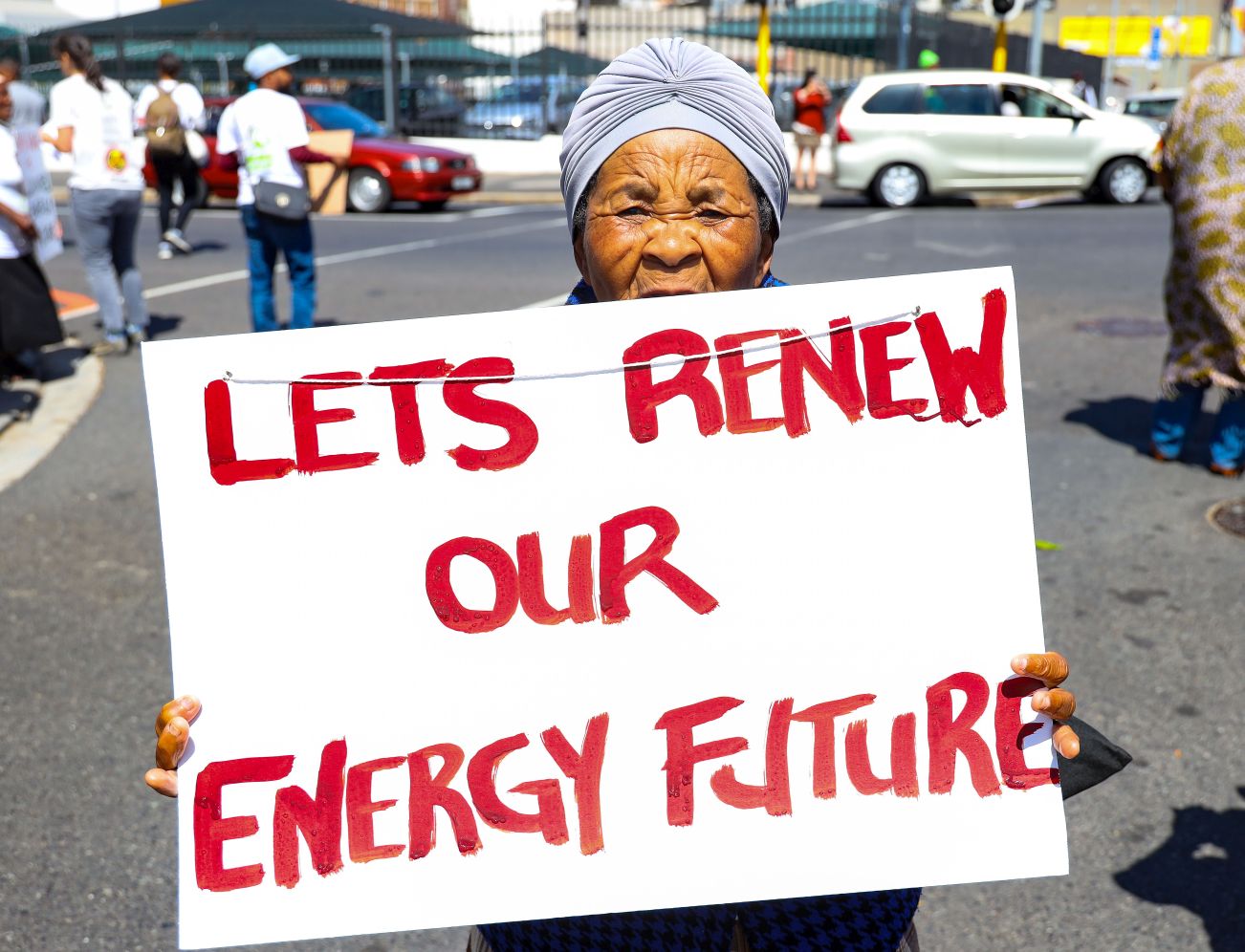