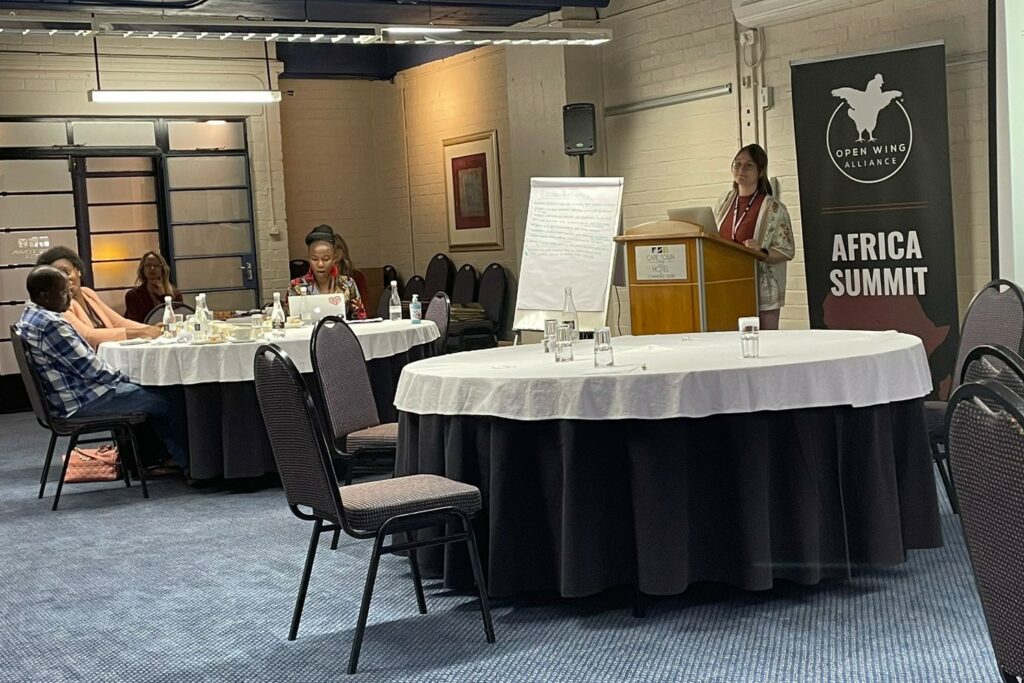 The Open Wing Alliance (OWA) hosts a regional summit each year for regional partners working on cage-free campaigns to meet and connect. This year, the OWA Africa Summit was hosted in Cape Town from 29 November to 1 December 2022.

At this summit, we shared the successes and challenges we have encountered this year and discussed the Pick n Pay campaign launched during the summit.

OWA Africa members have been in communication with Pick n Pay for several years to make a cage-free commitment by 2030. Due to lack of concrete progress in this regard, OWA selected Pick n Pay as a campaign targets.

Different animal welfare organisations taking online actions against Pick n Pay and discussing other possible actions that can be taken against retailers that have not made cage free commitments.

In this post, I will share some takeaways from the summit and SAFCEI’s work in this space.

Initiated by The Humane League, OWA brings 90+ member organisations together to create a unified front in our goal to end the abuse of chickens worldwide. We share campaign strategies, tactics, and resources worldwide in the march toward our shared objective. Our first step toward achieving this ambitious goal is eliminating battery cages from our world, and we’re working towards achieving that vision, one cage-free policy at a time. Egg-laying hens are being kept in cruel battery cages, ours is to free them and put a stop to battery cages by 2030 earliest.

On the first day of the summit, I did a presentation on SAFCEI and our work on the cage-free eggs space as a multi-faith organisation. We need to have faith in where the eggs we are consuming are coming from, and it is also our moral obligation to fight these inhumane battery cages. SAFCEI then proceeded to give an overview of the Africa campaign physical actions proposed to happen the following day. An overview of the role, planning, and processes leading up to the picket, and what that means for the Africa campaign and possible next action steps were also covered.

On the second day of the summit, Safcei led a physical picket at Pick n Pay headquarters in Kenilworth, Cape Town. 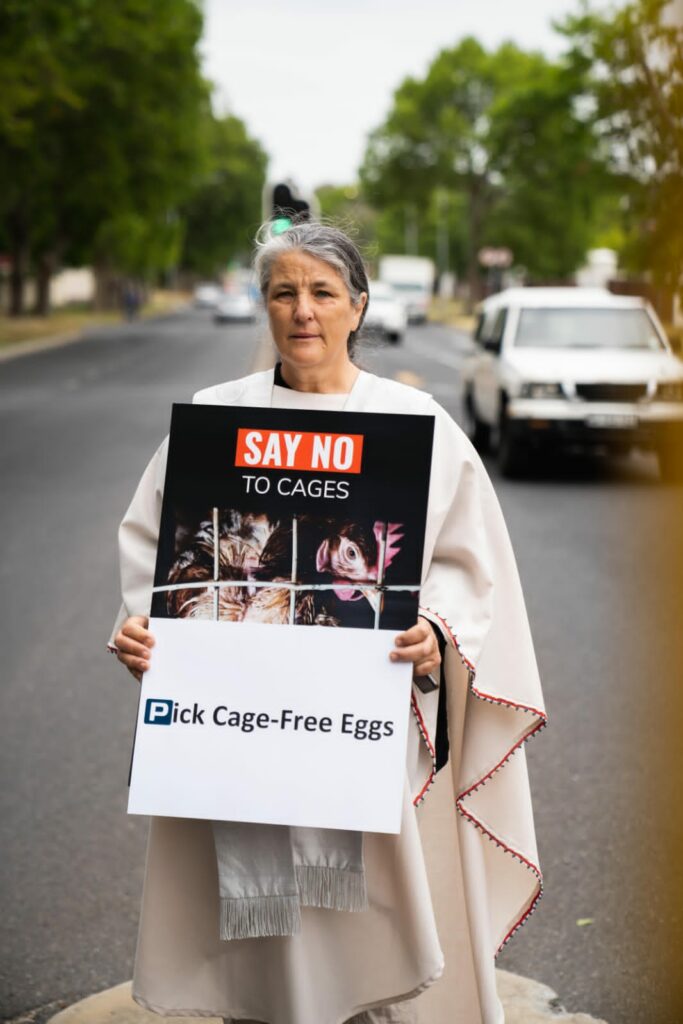 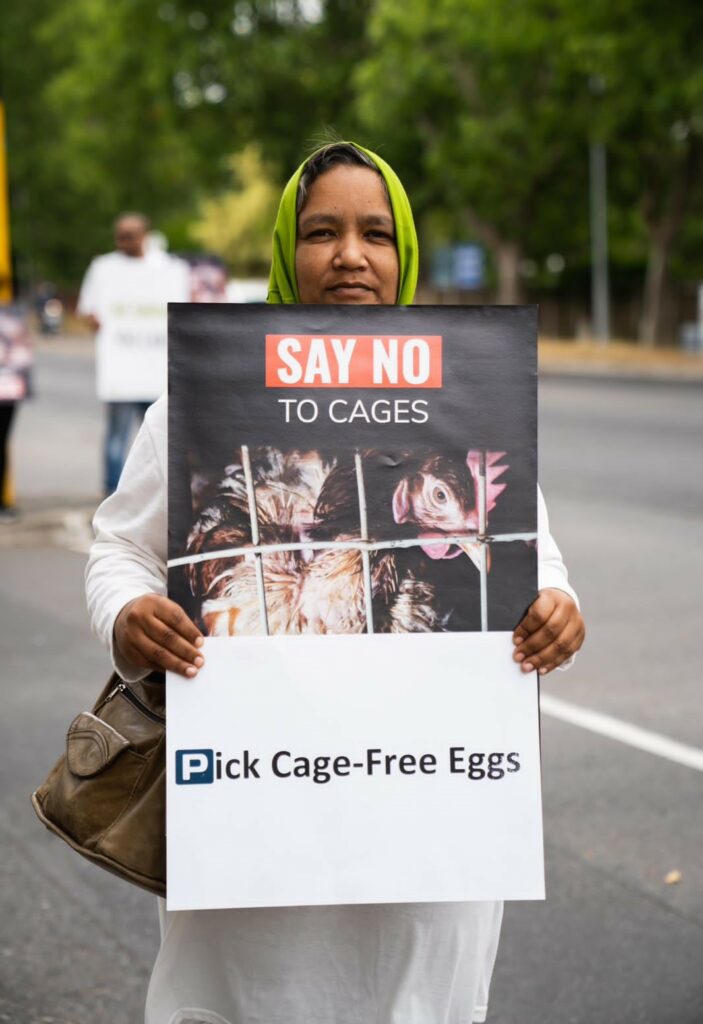 We then returned to the OWA Summit to give feedback on the picket, join the online day of action against Pick n Pay, and brianstorm further actions for the campaign.

Josiah Ojwang from Africa Network for Animal Welfare (ANAW) gave a detailed presentation on the background of the Africa campaign, including other initial campaign targets and how Pick n Pay was selected as OWA’s current target. What stood out the most was the unwillingness of our target to engage or reply back to emails until a time when they saw pre-campaign actions undertaken by OWA member organisations.

Investigating the cruelty of the battery cages should not be assumed to be an easy, straightforward task; Alfred Sihwa of Sibanye Animal Welfare and Conservancy Trust attested to this with his presentation. During the presentation, Alfred shared their experiences in conducting undercover investigations in Zimbabwe, highlighting the recent partnership with Equalia and what OWA organisations can learn and model for such investigations in future. A number of challenges in this type of work came up, including lack of legislative support for organisations, and issues about the ownership of these farms where battery cages are found since some of them have links with government officials. 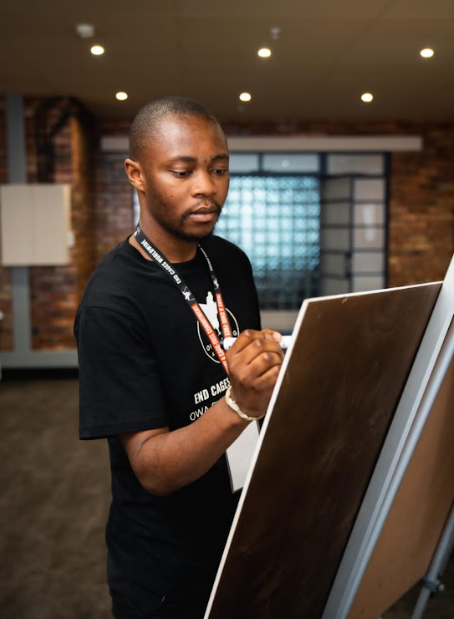 Zwelisha signing a cage free petition at the OWA summit

On the last day of the summit, members were provided with a chance to reflect as a group on what has and has not worked. Regarding collaborative efforts for African organisations, it was agreed that there is room for improvement if we intend to achieve our goals on time and effectively. Members shared that, at times it appears as if some strategies do not concisely speak to African issues; for instance, countries such as Zimbabwe and Lesotho have open-air markets where eggs are sold which makes it complex to initiate the cage-free eggs conversation. It was then argued that perhaps a bottom-up strategy could be useful in addressing such issues, instead of a top-down approach, which works for retailers, hospitality, and restaurants.

OWA Africa Summit 2022 was a success, and it rejuvenated the group to keep on going toward the goal of a cage-free Africa.

Campaign actions for the Pick n Pay campaign continue, you can intensify the campaign by signing the petition, using the OWA Action App daily, and joining Safcei’s Earthkeepers’ Fast Action Network to get more ways to support cage-free campaigns.