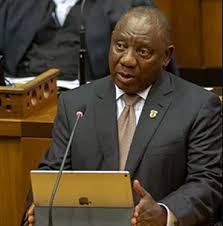 The Southern African Faith Communities’ Environment Institute (SAFCEI) today, expressed optimism at President Ramaphosa’s forward-looking State of the Nation Address (SONA) last night. However, the multi-faith NGO says it is concerned that too much emphasis is placed on economic and technological developments, while social and environmental wellbeing seemed less significant.

According to Liziwe McDaid, SAFCEI’s Eco-Justice Lead, “It is great that the President is focussed on the future, because sustaining our planet for generations to come is one of the key drivers for SAFCEI. However, he focused largely on economic and technological growth, while not acknowledging the importance of restoring and protecting our natural environment. Our future depends on a healthy environment. We need good soil to provide food, as well as clean water and air, in order to live. Technology won’t be able to solve all our problems.”

“We are, however hopeful that the President will “take advantage of the technological changes sweeping the globe,” especially as it applies to the much-needed just transition to renewable, sustainable energy. Not only will this help alleviate the effects of climate change, but its decentralised approach to energy generation could lead to the creation of more locally-situated small businesses. The proposed unbundling of Eskom, will go a long way to help with this initiative,” says McDaid.

SAFCEI’s Executive Director, Francesca de Gasparis says, “It was good that President Ramaphosa spoke candidly about our country’s recent corrupt past, but now it is important that we start seeing those who are guilty of corruption and obstructing the goals of the country, being brought to book. While it makes sense that government wants good partnerships with business, it should also be concerned about how it can rebuild its relationship with its people.”

“The Zondo Commission is still to explore the span of corruption related to government’s unlawful R1-trillion nuclear deal. The Commission has not even scraped the surface. And, for citizens to be confident that their votes have power in the upcoming elections, we need swift justice and that transgressors are held accountable. This will convince us that we are indeed moving toward more ethical governance that wants to include the people in its decision-making,” says de Gasparis.

“Meaningful participation and engagement is about strengthening oversight and accountability mechanisms, so that ordinary people and civil society organisations can be effective watchdogs and able to prevent corruption, human rights violations and environmental injustices. Going forward, we hope to see more emphasis on how to include public input,” says McDaid.

According to de Gasparis, “Many communities do not feel like they are “social partners” with government, and on many occasion, communities have to deal with a severe lack of communication and cooperation with government. Outlying communities, such as Xolobeni in the Eastern Cape and Koekenaap on the West Coast, are prime examples of how government has damaged its chances of relationships based on trust.”

Issued by Natasha Adonis, on behalf of SAFCEI. For more information, contact Natasha on 0797-999-654 or natasha@safcei.org.za