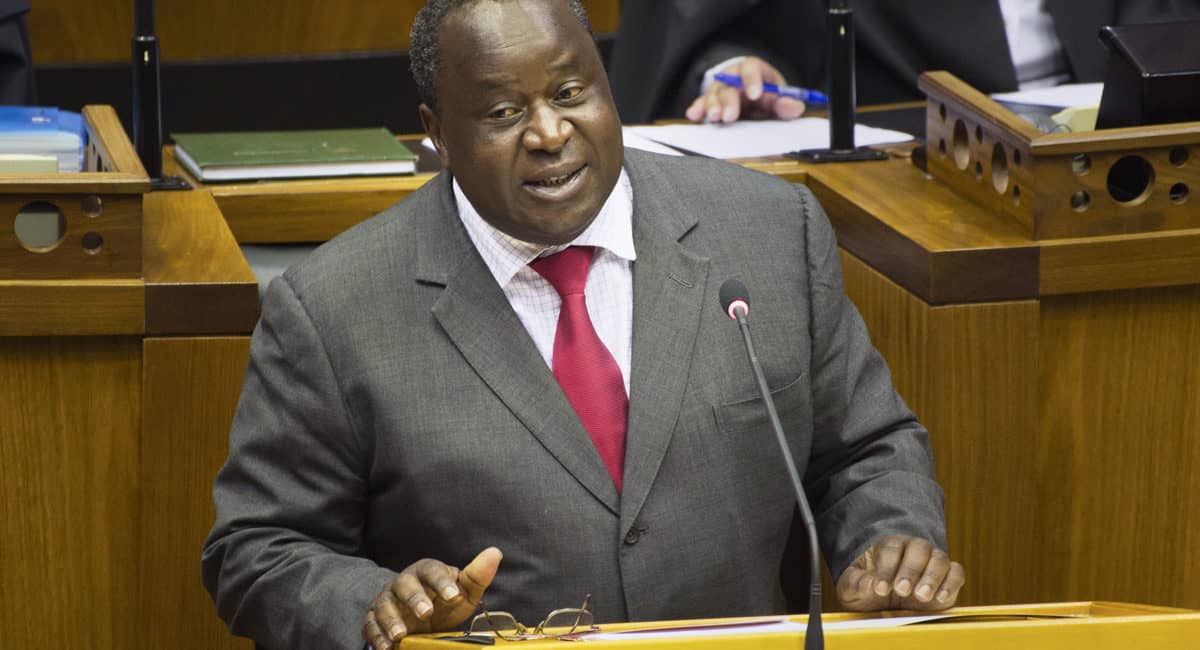 The Southern African Faith Communities’ Environment Institute (SAFCEI) says that it has mixed feelings about the priorities laid out by the Minister Tito Mboweni, in his Budget Speech today. While the multi-faith, environmental NGO is pleased that the 2019 Budget does not include any new nuclear, the Finance Minister’s response to climate change and environmental issues is still too weak, and signifies the government’s considerable lack of understanding of the severity of the situation facing humanity.

The NGO applauds Minister Mboweni for drawing attention to the dire economic state that South Africa currently finds itself, as well acknowledging the impact corruption has had on the wellbeing of communities. And, SAFCEI’s Eco-Justice Lead, Liziwe McDaid also says that she is optimistic about the lack of nuclear in the budget, and hopes that by acknowledging previous and existing government corruption and mismanagement it can be dealt with quickly and decisively, and that stolen monies can be returned to the people.

“The State of the Nation Address (SONA) was worrying, because President Ramaphosa failed to recognise that no economy can thrive if its natural resources, that ensure our physical survival, are destroyed. Sadly, this was also reflected in the Finance Minister’s speech today,” says McDaid.

“Mines continue to operate without water or environmental licenses. Furthermore, our energy sector continues to pollute our natural resources with seeming impunity, and government seems uncaring and oblivious to the suffering of its people. If we do not spare our resources now, our budget will be further impaired because the victims of pollution will need to be compensated,” says McDaid.

“It was therefore ironic that Minister Mboweni chose that specific scripture to close with, because in the context of climate change and a growing population, measures to increase and secure our water sources are vital. However, the 2019 budget is highly unlikely to cause the mountains and hills to burst into song, nor is it likely to be applauded by the trees. Mountains cannot ‘sing’ if they are destroyed by irresponsible mining. Mountains can only ‘sing’ and trees ‘clap’ if they are protected and have enough clean water. And unfortunately, the Minister’s budget does not address these issues.

Vainola Makan, SAFCEI’s Energy Justice Coordinator says, “The Minister referenced nature and its importance more than once, making a clear link between a healthy economy and its reliance on a healthy environment and population.”

“It is encouraging that the Minister has publicly stated that to continue bailing out Eskom is unsustainable, and that it has not been bailed for the full amount they wanted. However, since this is an election year, he seems cautious to divulge any definitive details of the plans for the state-owned enterprise (SOE), possibly for fear of disappointing various sections of society, like the environmental sector, the unions and the communities who opposed the increasing of electricity tariffs,” says Makan.

“Since energy is an economic enabler, the ever-increasing electricity prices will push people further into poverty. We therefore look forward to a restructured Eskom where our solar and wind resources are exploited for the benefit of all the people, and not a corrupt elite,” adds McDaid.

Makan says, “However, while he talks about renewal and abundance, in reality the Minister needs much more money than he has available, to ensure reasonable survival and functioning of all the departments and enterprises that currently need to be kept afloat. He is like a housewife who has to cut a bit of everything to balance her household budget, but still wants to save face by hiding her struggles from others.”

Jan Arkert, SAFCEI’s Science Advisor, says that while he is pleased at the Minister’s acknowledgement of the reality of climate change, he cautions that the imposition of a carbon tax, does not go far enough to address the urgency of avoiding disastrous impacts of climate change by 2030 – as warned by the Intergovernmental Panel on Climate Change (IPCC) Special Report released in October 2018.

Says Arkert, “It would have been much better if he had announced that the government will provide subsidies for expanding renewable energy. Altering climatic conditions will continue to create new problems for us to deal with. And while there is a need for funds to combat the risk of the spread of diseases like malaria, it would be much better to rather treat the cause and not the symptoms of climate change.”

Francesca de Gasparis, SAFCEI’s Executive Director says, “Not integrating climate change and related issues into the national budget and economic policies, suggests that government does not fully grasp the severity of the situation we currently face. South Africa needs a decisive and clear plan for investment and funding geared at addressing climate-related issues.”

“South Africa’s transition from fossil fuels such as coal, to renewable energy options is not only necessary, but inevitable. However, to ensure a fair process, government must start thinking more strategically about the country’s future needs. This includes, for example, the reskilling of the workforce to prepare them for the jobs that will become available as we move toward more sustainable energy sources,” says de Gasparis.