5 days to deadline: lodge your appeal against the Duynefontein environmental approval for nuclear 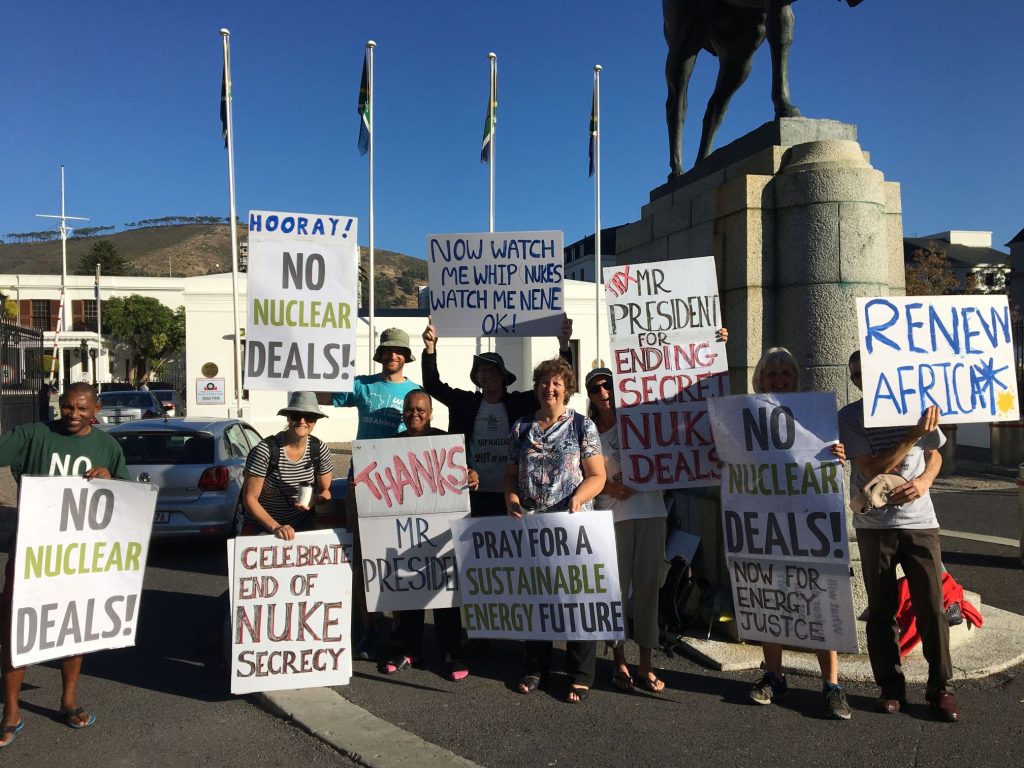 Tipped to be its last anti-nuclear deal vigil held outside Parliament on Wednesday morning, #StopSecretNukeDeal campaigners are optimistic about President Ramaphosa’s new Cabinet of Ministers and hope for ethical governance going forward.

At what is hopefully to be its last anti-nuclear vigil held outside Parliament on a Wednesday morning, it was clear that the Southern African Faith Communities’ Environment Institute (SAFCEI) and its partners in the #StopSecretNukeDeal campaign are optimistic about President Ramaphosa’s new Cabinet of Ministers. However, while many of the new Cabinet choices inspire more confidence – in terms of ethical governance – than the previous administration, the anti-nukers remain concerned about the approved Environmental Impact Assessment (EIA) for a new nuclear build at a site in Duynefontein (at Koeberg, just outside Cape Town).

From this morning, 1 March 2018, South Africans only have five days left to submit their appeals against the environmental approval for Duynefontein. Citizens are urged to exercise their democratic right by opposing the government’s decision to approve the site. The deadline for appeals is 5 March 2018.

According to Peter Becker from the Koeberg Alert Alliance and a member of the #StopSecretNukeDeal campaign, there are a number of powerful arguments why the approval must be overturned, beyond potential links to the previous corrupt administration’s nuclear aspirations.

Says Becker, “It’s hard to pick from the many important issues, but there are a few core arguments. Included is the fact – confirmed by former Finance Ministers – that South Africa has excess electricity and does not need nuclear power. Also, the proposed site is located dangerously close to the Milnerton fault line. This means there is a significant risk of potential earthquakes. Do people even know this?”

“The actual design remains unknown at this stage, so we seriously question the veracity of the claim that the design of the nuclear plant will be so good that it will ‘practically eliminate’ the chance of a serious accident!” says Becker.

Since the beginning of 2018, SAFCEI – together with the Right2Know Campaign, the Popular Education Programme and the Campaign for a Just Energy Future – has embarked on a national information roadshow, to ensure that more citizens are equipped with information and the means to have their say about the approved EIA.

Communities in the Northern Cape and the Karoo are particularly concerned about the Duynefontein environmental approval, since these areas are directly connected to the nuclear fuel cycle. People living in the Northern Cape are at risk due to the location of Vaalputs nuclear waste dump, while Karoo communities remain under constant threat of potential uranium mining and associated human and environmental impacts.

According to Neville Van Rooy, a member of the Karoo Environmental Justice Movement (KEJM) and who joined the roadshow, communities in Atlantis said in a meeting yesterday that they are not happy with the safety and evacuation plans should something go wrong.

“Even though they live right next to Koeberg Power Station, they are unclear as to who is responsible for their evacuation. They are also concerned that no recent census of Atlantis has been done, which means the government doesn’t even know how many people they would need to evacuate in the event of an emergency. The community also says that the current power station at Koeberg did not supply many jobs and they are very confused about where the Duynefontein employment figures come from,” he says.

Van Rooy adds, “To our communities, more nuclear energy means unnecessary increased risk. The question we have to ask is, if we don’t need nuclear then why do we need sites approved for nuclear?”

“Citizens must consider, what would happen in the case of an accident? The people living in Cape Town would need to relocate indefinitely and the land would no longer be viable for agriculture or farming, for generations to come. It is therefore important that all South Africans lodge an appeal against the government’s decision, and we must urge the State to spend its already strained budget where people need it,” concludes Van Rooy.

To submit your appeal, send an email to: appeals@environment.gov.za. Include the headline, Appeal- Nuclear1- Duynefontein, and the Project Reference Number: 12/12/20/994. Citizens are encouraged to make their comments as statements (not ask questions), which should be written in their own words. SAFCEI has also set up an easy-to-navigate online submissions platform, which is an alternative means to submit an appeal. Go to: https://safcei.org/act-now-appeal-nuclear-1-environmental-authorisation/

Issued by Natasha Adonis, on behalf of the #StopSecretNukeDeal campaign and SAFCEI. For more information, contact Natasha on 0797-999-654 or natasha@safcei.org.za

This Environmental Impact Assessment (EIA) process has been ongoing for almost a decade and has been heavily contested by affected communities and the broader South African society because of its potentially far-reaching implications. 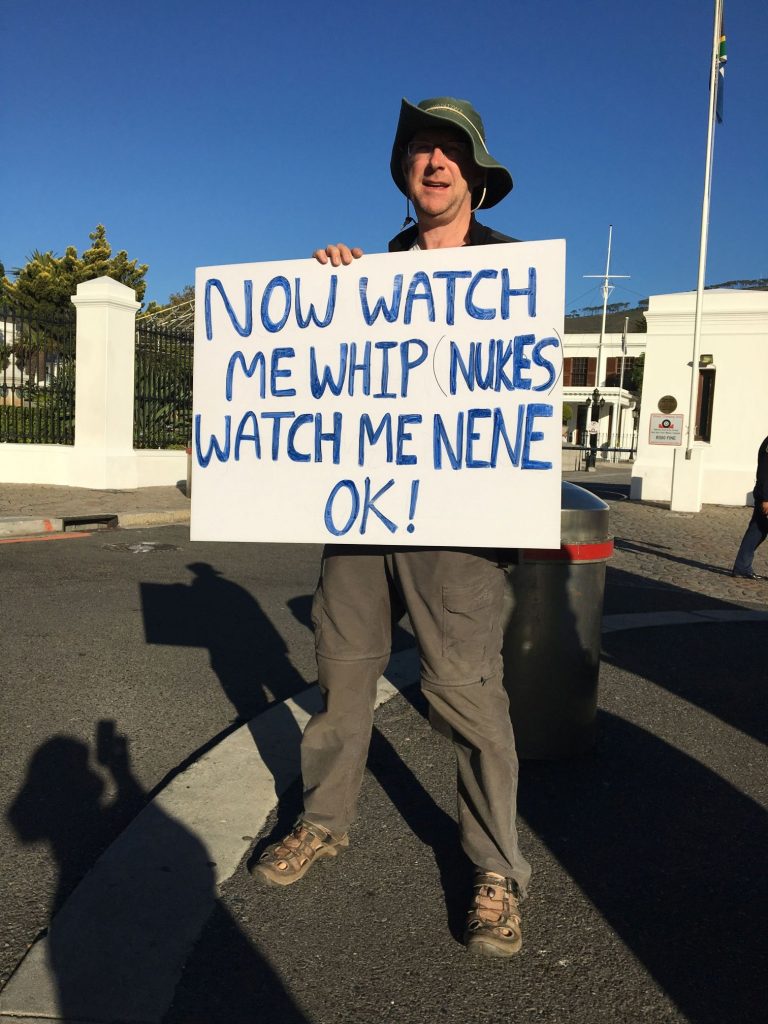 #StopSecretNukeDeal campaigner, Sean Brown is optimistic about President Ramaphosa’s new Cabinet of Ministers and hopes for the end of secret nuclear deals.