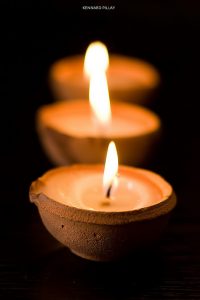 It is the season of light in more than one way. As summer arrives in the Southern Hemisphere, so do the celebrations of Diwali, Chanukah and Christmas, all of which are strongly grounded in traditions of light.

Chanukah, or Hanukkah, is known as the Festival of Lights in the Jewish faith. Diwali, or Deepavali, carries the same name in the Hindu tradition. Whilst Christmas in the Christian faith is not referred to as a Festival of Lights, in many ways it is, with candles and light being a central theme of this day and the month preceding it.

Chanukah begins on the eve of 6th December this year and is celebrated for eight days until the 14th December, beginning with a single light on the menorah being lit and another added with every evening until all eight Chanukah lights are burning on the last evening.

These lights celebrate the restoration of the menorah – a candelabrum with eight branches – in the Holy Temple of Jerusalem after it had been reclaimed by the Jews from the Greek-Syrian army. Only one vial of oil was found, enough for one day of burning, however the miracle of Chanukah is that it burned for eight days.

Diwali, which took place on the 11th November this year, is also an extended celebration of light triumphing over darkness. It celebrates the return of Lord Rama after 14 years of exile, in which he defeated the demon King Ravana.

The word Deepawali means ‘a row or cluster of lights’ or ‘rows of diyas’, thus this time is lit up by oil lamps – diyas – candles and fireworks to illuminate not only the home, but the heart.

Christmas is also celebrated with light. During Advent, which begins on the fourth Sunday before the 25th December, there is the lighting of the four Advent candles. Starting with one candle, every Sunday another is added until four candles have been lit. Carols by candlelight are also a big part of this season, and lights in many forms can been seen hung everywhere. 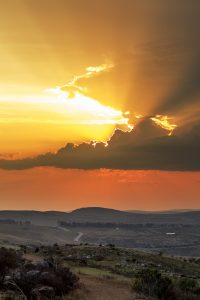 But the biggest light of them all shines for each one of us, bringing light and warmth into our lives every day. The sun is a great gift from our Creator, and in this time of climate turmoil, even more so. Solar energy has been bounding ahead and with the amount of sunshine we receive here in the Southern hemisphere, a very promising solution to our energy crisis.

During this season of light we invite you to make use of the sun in celebrating this time. Solar lights in all forms and shapes can help bring light into your home after sunset. Even solar-powered decorative lights like fairy lights can be found or you can decorate Consol jar solar lights with your children or grandchildren. As a more significant step you could consider investing in solar panels with the start of the new year.

And as a fun way to end the year and usher in the new one, celebrate the last sunset with a picnic in the outdoors or greet the first sunrays on New Year’s Day with an early morning walk or swim.

The light of a spotlight
a sunbeam
sunrise
solar light