SACC speaks out against corruption in the SA government

The South African Council of Churches (SACC) has spoken out strongly against corruption in South Africa’s government. This follows from a report that has come out of the SACC’s ‘Unburdening Panel’ – a platform created in April 2016 following ANC’s failed probe into allegations of state capture, and created as a space where individuals could come forward who had been pressured into corruption activities.

Council reports back on findings of unburdening panel 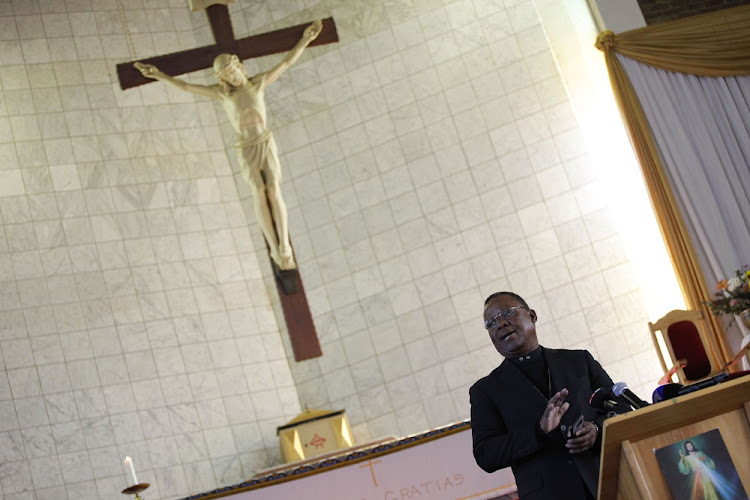 Moral radar: Rev Frank Chikane takes to the stage at the Regina Mundi Church in Soweto, where the South African Council of Churches released a report by its unburdening panel, which was set up in April 2016 to provide a platform for gathering information on state capture. Picture: THE TIMES

The South African Council of Churches (SACC) says the country is just a few inches from becoming a mafia state, from which there will be no return.

Churches are grappling with the question of when to withdraw recognition of the moral legitimacy of a democratically elected government.

“It seems sufficiently clear to us that the government of the day has lost the moral radar that should inform the public service of Batho Pele, in a ‘people first’ governmental culture,” SACC general secretary Bishop Malusi Mpumlwana said on Thursday. 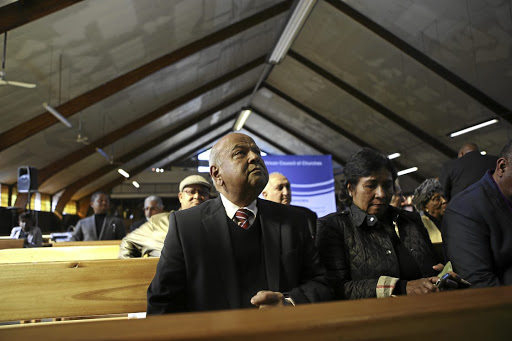 The SACC held a public briefing on its “unburdening panel”, which was created in April 2016 following the disclosures of state capture and allegations of corruption made by former deputy finance minister Mcebisi Jonas and former ANC MP Vytjie Mentor. They both spoke of interference in the work of the government by the politically connected Gupta family.

The churches created the panel, chaired by SACC president Bishop Ziphozihle Siwa, to offer a “safe space” for anyone who wanted to come forward with instances of corruption.

The churches said the ANC had proved unable to deal meaningfully with the disclosures and instead “seemed to live with the view that there would be no room for following up on these, as all hell would break loose because the leadership all had their ‘smallanyana skeletons’,” Mpumlwana said.

Other members of the panel were retired Constitutional Court justice Yvonne Mokgoro; former chairwoman of the Electoral Commission of SA Brigalia Bam; and presiding bishop of the Grace Bible Church in the Evangelical Alliance of SA Bishop Mosa Sono. They worked with a voluntary team of lawyers and researchers.

A team of lawyers was originally appointed to hear people’s stories, but many said they were apprehensive about them and rather wanted to speak to Mpumlwana, as he was a priest.

Mpumlwana said whistle-blowers were terrified of anybody finding out they had spoken to the SACC and that their families would be in danger.

“If in the age of constitutional democracy, we have citizens who are so terrified of their own government and its agents and operatives as to fear for their lives, then we have a serious problem,” he said.

Speaking about the kind of information the panel had received, Mpumlwana said there were cases of people at municipal and provincial level who were diverting funds, tender rigging in favour of certain companies and individuals and the bending and tailoring of regulations.

After perusing the panel’s work, he said the problem now seemed far deeper than corruption: it was organised chaos.

“We have come to learn that what appears to be chaos and instability in government may well be a systematic design of the madness that ills our governmental environment — a chaotic design.”

It was up to the governing ANC to do something about the situation, Mpumlwana said.

The SACC would take information it had gathered to the party.

The SACC had no desire to lay criminal charges against anyone or embarrass anyone. Praying was not futile, Mpumlwana said.

The SACC has called on all Christians to gather and pray in their local churches on May 25.

*This article was published in Business Day