Parliament: Nuclear going ahead at the cost of democracy 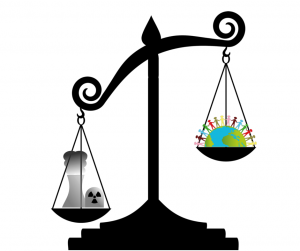 Parliament has been a disturbing place to be today… One MP said that they would not allow anti nuclear activists, and also,claimed,that only nuclear physicists are qualified to speak on nuclear matters..and that anti nuke activists that have theology degrees should stay in their churches.

The minister also claimed that the international intergovernmental agreements (IGAs) are public documents although SAFCEI was refused access to the Russian agreement earlier this year. One MP asked for the nuclear preparedness report that was produced by the IAEA and which purportedly showed that South Africa was ill prepared for the nuclear build. The Energy Minister failed to answer the question while continuing to claim she is committed to transparency.

It seems that South African is going to go nuclear at any cost, including sacrificing democratic rights of speaking out.