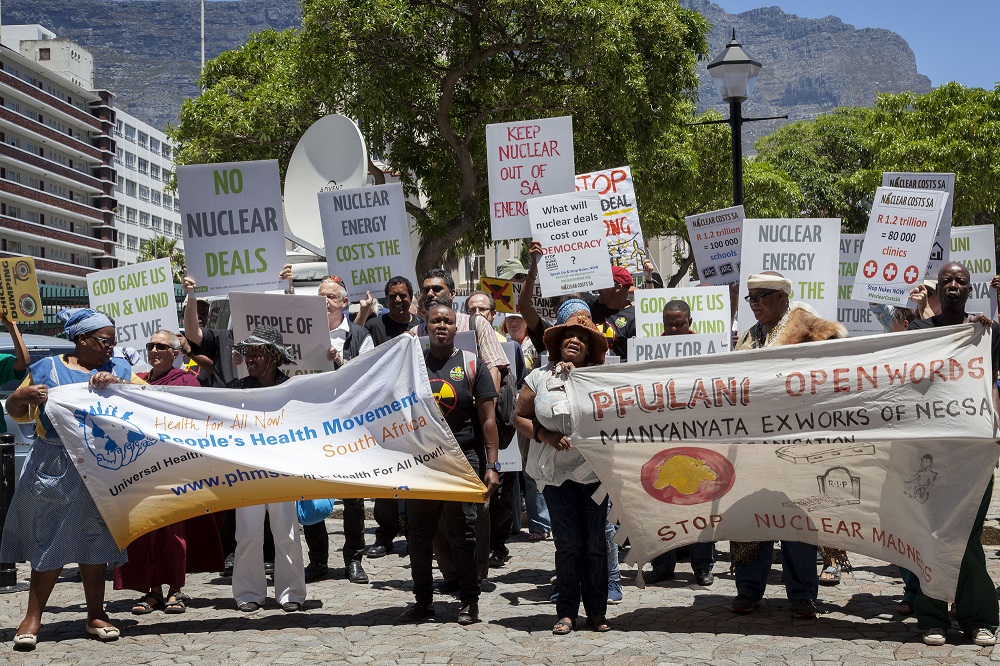 On Wednesday, community and faith leaders from around the country, marched to Parliament to deliver a ‘People’s statement’ opposing government’s energy plans for the country – plans which have been marred by secrecy and regarded with suspicion.

After sitting through a painfully disappointing meeting with the Portfolio Committee on Energy on Tuesday, the Southern African Faith Communities’ Environment Institute (SAFCEI) and Earthlife Africa Johannesburg (ELA-JHB) gathered a passionate and committed group of South Africans at St Mary’s Cathedral in Cape Town, to draft a statement that outlines their grievances regarding the Department of Energy’s (DoE) suspicious electricity plans for the country.

SAFCEI Ambassador and former International Executive Director of Greenpeace, Kumi Naidoo says that the ‘People’s Statement’ speaks to the needs of the average South African. This formed part of the SAFCEI, ELA-JHB and Heinrich Boell Foundation’s Speak Out On The Nuclear Deal event, which gathered community representatives from around the country, to assess and share their thoughts about government’s approach to nuclear. The statement was handed over to Parliament yesterday.

“Our ‘People’s Statement’, which was handed over to Parliament yesterday, aims to give a voice to the people of SA, particularly since our government seems set on stifling any real engagement with the public. However, this is too important an issue for the people to ignore, and government have a responsibility to educate and involve citizens in a meaningful way,” says Naidoo. 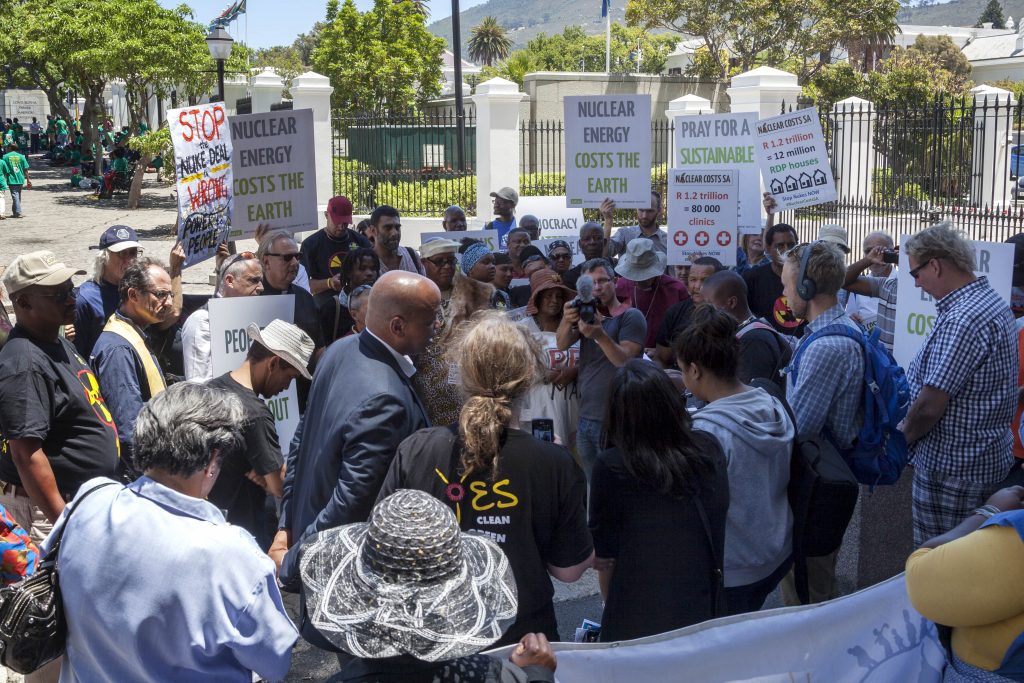 The People’s Statement being handed over at Parliament.

The DoE’s entire energy presentation centred solely around motivating further investment to develop nuclear. There was no mention of a commitment to further develop renewable energy.

“It was evident, as we drafted our statement, that the public want to be involved in the decision-making, but simply don’t know enough about nuclear to be able to make informed decisions about the country’s energy future. Some community representatives feel that government is deliberately trying to keep them ignorant, since they make no effort to engage and educate the public in a meaningful way. But people want to know more, they want to be involved,” he continues.

He says, “The DoE have already spent in excess of R200 million just to convince the country that we need more nuclear. And even then, there are huge question marks about where that money really went, and to who. Let’s not forget that we have been through a similar exercise before, and we have nothing to show for it except more question marks about who actually is benefitting.”

In addition to this, Naidoo says that he is concerned that the electricity plan made no comparisons with nuclear and the DoE seemed to completely ignore CSIR data.

“All of this confirms that our court case against government is particularly necessary, especially since it seems that Eskom is determined to start issuing requests for proposals (RFPs) – or invitations to tender – before Christmas (before any public participation). This is very worrying because it suggests that the SA government deliberately aims to ignore and exclude its citizens’ opinions and concerns,” says Naidoo.

SAFCEI and Earthlife Africa-JHB implore South Africans to make their presence felt when they meet the DoE in the Cape High Court on 13 and 14 December, to contest the government’s approach to SA’s energy planning and to demand more comprehensive, in-depth public engagement.

Issued by Natasha Adonis on behalf of Heinrich Böll Foundation and SAFCEI. For more information, please contact me on 0797 999 654 or email adonisnatasha@yahoo.co.uk