In celebration of Africa and in recognition of Africa Day on Monday, 25 May, we  share LLM Mbatha’s poem I have a dream of an Africa with you. Through his poem, he reminds us of Africa’s inspirational leaders, the richness of her natural environment and the community values where all children belong.  He encourages us – `with arms wide open’ – to join him in living the dream of an Africa free to achieve its peaceful potential and to show ourselves as Africans and the world – ` an Africa that we can look at and smile about.’ 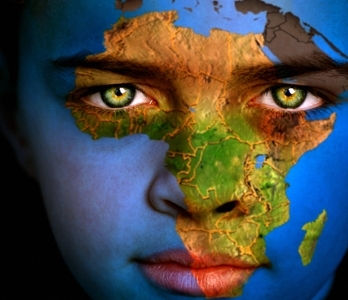 A united Africa!
Self-sustaining and self-reliant
Able to produce
And trade within her-self
And with the world at large
A proud Africa
Of a civilizing people
Like our Egyptian, and
Olmec ancestors…
I dream of an Africa that
Patrice Lumumba died for
Kwame Nkrumah stood up for
Nelson Mandela paid dearly for
An Africa of GIANTS
An Africa without genocide, starvation, or disease
An Africa, without dictators!
A free Africa taking on the driver’s seat
Teaching without enslaving-
Showing the world it’s possible!
No refugees because all the Children belong!
An Africa, a Mother Land
Where an elephant feeds from the elephant tree
And the gorilla roams free
And the lion goes to hunt
Because God loved him to!
An Africa we can look at and smile about.

I have a dream of an Africa
But from this one, I shall not wake
Because I dream standing up
My eyes looking out
My arms open wide
To those of you mad enough, to dream with me.

By Zulu poet LLM Mbatha.  This poem has been shortened, for the full version go to http://www.poemhunter.com/poem/i-have-a-dream-of-an-africa/

Africa Day celebrates the anniversary of the formation of the African Union, which is an alliance between 54 member states to address shared issues and represent the continent in international negotiations. The Organization of African Unity was originally formed on May 25, 1963 and replaced by the African Union in 2001.