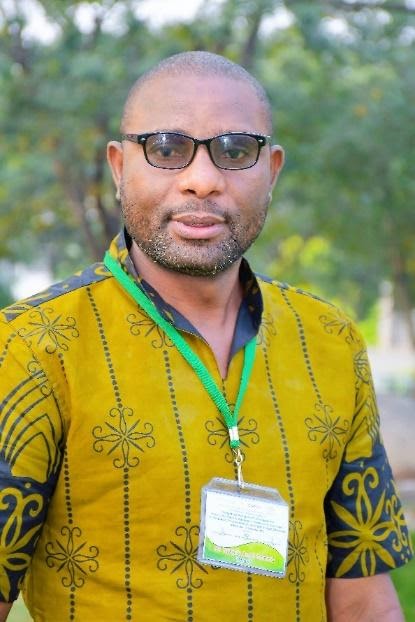 In this week’s Faith Leader Environmental Advocacy Training (FLEAT) feature story, we look at the work of Dominic Amon Nyasulu  from Malawi, who is a member of the FLEAT 2 regional representing the Catholic faith.

Dominic Amon Nyasulu is the Programmes Manager for the National Youth Network On Climate Change (NYNCC) and Founder of World Faith Malawi.

The four largest cities in Malawi together generate over 1,000 tonnes in solid waste per day. Wealthier households generate more than double the waste of poor households. Moreover, the plastic component of waste increases from about 8% in low-income areas to 30% in more affluent areas. Waste collection rates are about 42%, and only about 4% of waste is recycled by municipalities.

Concerns around the impact of plastic use on the world’s ecosystems and human wellbeing have been growing rapidly over the past few years. The impacts are of particular concern in developing countries where populations are increasing rapidly and waste generation is rising but where waste collection systems are weak, waste disposal is often uncontrolled and recycling is limited.

The proposed project is designed to stimulate the plastic recycling industry in Malawi and behaviour change to tackle plastic pollution in the implementation of a ban on thin plastics. The proposed project seeks to build a strong platform for young people to get employed in the plastic recycling industry, by providing alternative reusable shopping bags, boosting plastic waste collection, recycling and disposal and ensuring income generation for young people in the context of the poverty and environment nexus.

In the long term the project will create employment among thousands of Malawian young people especially young women who will lead a movement of tackling plastic waste pollution by turning plastic waste into a big business in comparison with industrialized nations who have a highly advanced plastic waste management system.

The project will be designed and implemented in phases and with various strategic areas of focus.

As part of strengthening the NYNCC, the government of Malawi through Environmental Affairs Department under the Malawi UN CC: Learn project will support NYNCC to finalize the Strategic Plan for the NYNCC that will cover a five-year period from the year 2021 to 2025. The theme selected for this period is “building a resilient generation” which entails focusing on building the capacity of young people in climate change adaptation and mitigation while cultivating a sense of environmental stewardship among the youth. And also as part of enhancing NYNCC visibility, will also support the development of the website.

Women and girls are highly affected by the effects of climate change and environmental degradation due to their role in society that is taking care of their homes and contributing more than 65% labour force in the agriculture sector. Society expects women to take care of the home, prepare food for the house. Whilst girls are expected to help their mothers in such processes that they are involved in fetching firewood and finding clean water. With the effects of climate change and environmental degradation like erratic rains and depletion of natural resources often times girls and women walk longer distances to find clean water and firewood. Because of these challenges most young girls are forced into early marriages and some drop out of school as a result of pregnancies. Their families can no longer produce more food and earn income from farming due to inadequate rainfalls, drought or flood. Because of these some women and girls are indulged in risky behaviours in order to earn a living.

Due to lack of understanding of climate related impacts and implications on their day to day life, lack of practical information related to local and international climate change policies, limited leadership skills, low participation in governance structures, limited women led climate related platforms, lack of understanding and application of their rights, women and girls’ vulnerability to environmental degradation and climate change impacts, sexual violence and exploitation and gender related violence is on the rise. 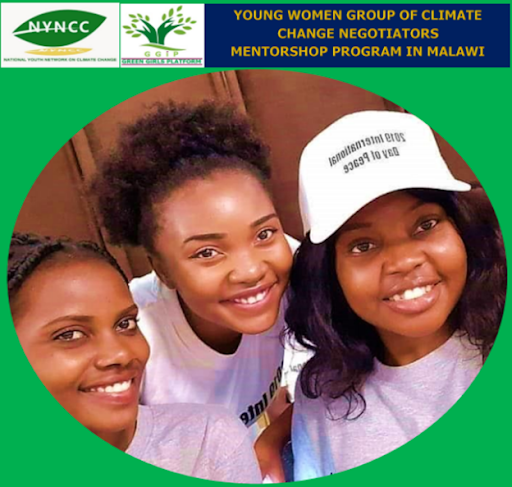 The Youth in Malawi especially young women and girls have tremendous potential towards contributing to socioeconomic development. While the nation continues to register increasing young women participation in different sectors of development, the climate change and environmental management sector has registered low participation. This platform seeks to engage young women and girls in building communities that are resilient to environmental and climate change impacts through capacity development on local and international climate change and environmental related policies and frameworks, leadership skills development and also enhancement of their confidence to actively participation and demand gender responsiveness at all levels of decision making. In addition to their intellectual contribution and their ability to mobilize support and bring their unique perspectives that need to be taken into account. The mentorship program is focussing Adaptation, Agriculture, Technology, Gender & Climate Change, climate financing and biodiversity. About 100 young women are talking part in the program that will run for six months

Ensuring environmental sustainability remains one of the pillars of development in the 21st century and is also being advocated for in the Post 2015 development agenda. It is imperative that environmental management initiatives are inclusive to all members of the population particularly young people as a vulnerable organ but also their enormous capacity to making positive contributions. The “Tree For Every Youth Campaign” aims to engage and mobilize young people across the country in an environmental rehabilitation drive through Tree Cover Malawi Project. In order to contribute to 80% survival rate, the campaign will promote the concept of “Growing Trees” and also encourage the spirit of volunteerism through active participation during actual tree planting and by also mobilizing each and every member of the community to donate seedlings or financial support toward the purchase of the same. And about one million trees will be planted over a period of two years.

In 2016, Timveni Child, Youth Media Organization and National Youth Network on Climate Change (NYNCC) entered into working relationship for disseminating radio and TV messages aimed at encouraging youth participation on issues of climate change, environment and natural resource management, sustainable development so that they fully and actively participate in social economic development of the country.  In this regard, NYNCC facilitates radio and TV programming covering various aspects of the National Youth Policy, other policies and strategies related to climate change interventions being implemented in various areas by featuring youth climate justice advocates, experts, government officials, donors and any interest group. The one hour live/recorded program is aired every Thursday from 9:00am to 10:00am.

Dominic is an activist at heart who uses his International and local experiences and opportunities to capacitate the youth in Malawi. As a youth himself he is a visionary with big dreams for how he can impact the threat of climate change. 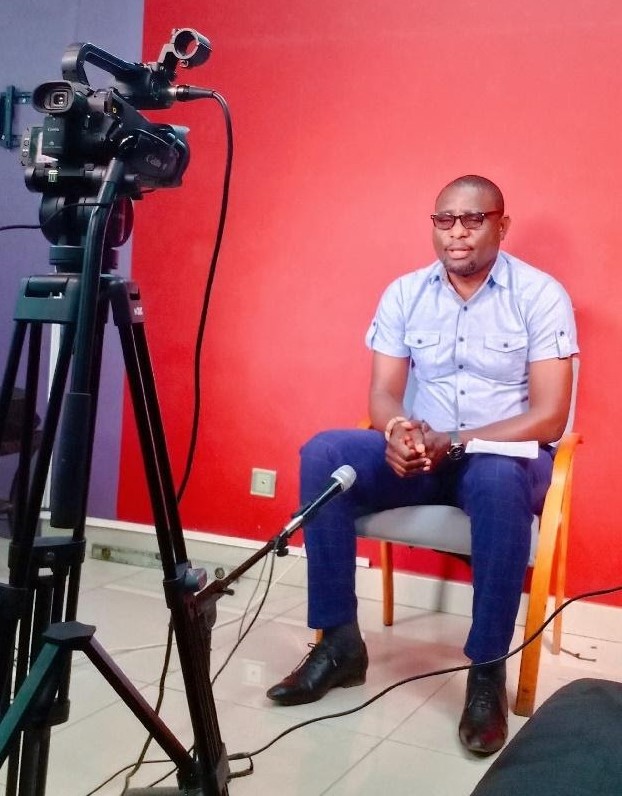