We introduced all our FLEAT members this year – those that joined us in 2014 as well as those that joined beginning of 2015 – and the work they are doing. Whilst many of them were already involved in environmental work in some way or another, it has been inspiring to see what has been coming out of the FLEAT workshops and what new initiatives the FLEAT participants have been undertaking.

Tendai Gurupira from The United Methodist Church Coordinator Ministry With Women, Children And Youth and one of our FLEAT members has taken up the challenge of greening Harare. She has held more than one tree planting, has encouraged students to make bins out of old tyres, as well as to undertake cleaning campaigns. 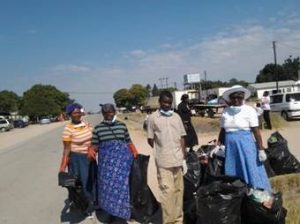 Blessing Shambare participated in a 5 million tree planting walk. The walk took them from Bulawayo to Plumtree and into Botswana and spanned 100km and took place whilst COP 21 was in session. 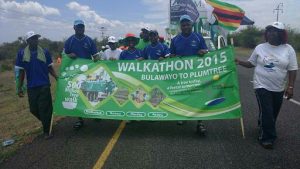 A visit to the Fatima Zaahra (a.s) College during a FLEAT workshop in Zimbabwe showed that students were engaging with climate change as well as with other environmental issues in their lessons, which they showcased through drama, poetry and speeches. One of the poems, ‘Do you realise?’ by Albert Hasan Nheya, is performed in the video below.

Drama was also included in a workshop in Tanzania where climate change and climate justice were discussed. Below is a short video which showcases the skits the participants put together on this topic.

Now we look forward to the projects and initiatives that will emerge with the next year!