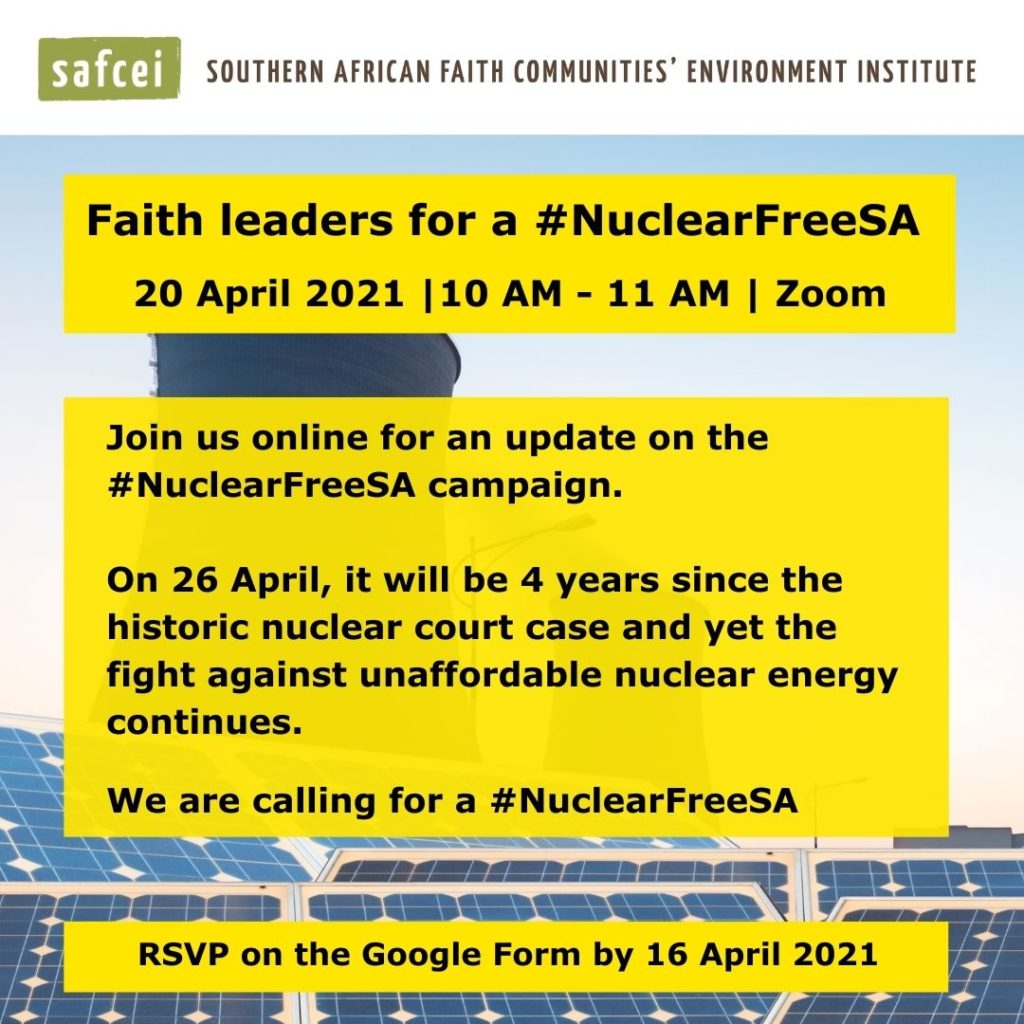 Join us online on 20 April at 10 AM (SAST) for an update on the #NuclearFreeSA campaign.

On 26 February 2017, SAFCEI and Earthlife Africa JHB blocked the unlawful and unconstitutional actions of the South African government in its nuclear deal. The Western Cape High Court ruled that the nuclear deal and other energy procurement processes were both illegal and unconstitutional and must be set aside. Nearly 4 years later, the fight against unaffordable nuclear energy continues.

We are calling for a #NuclearFreeSA