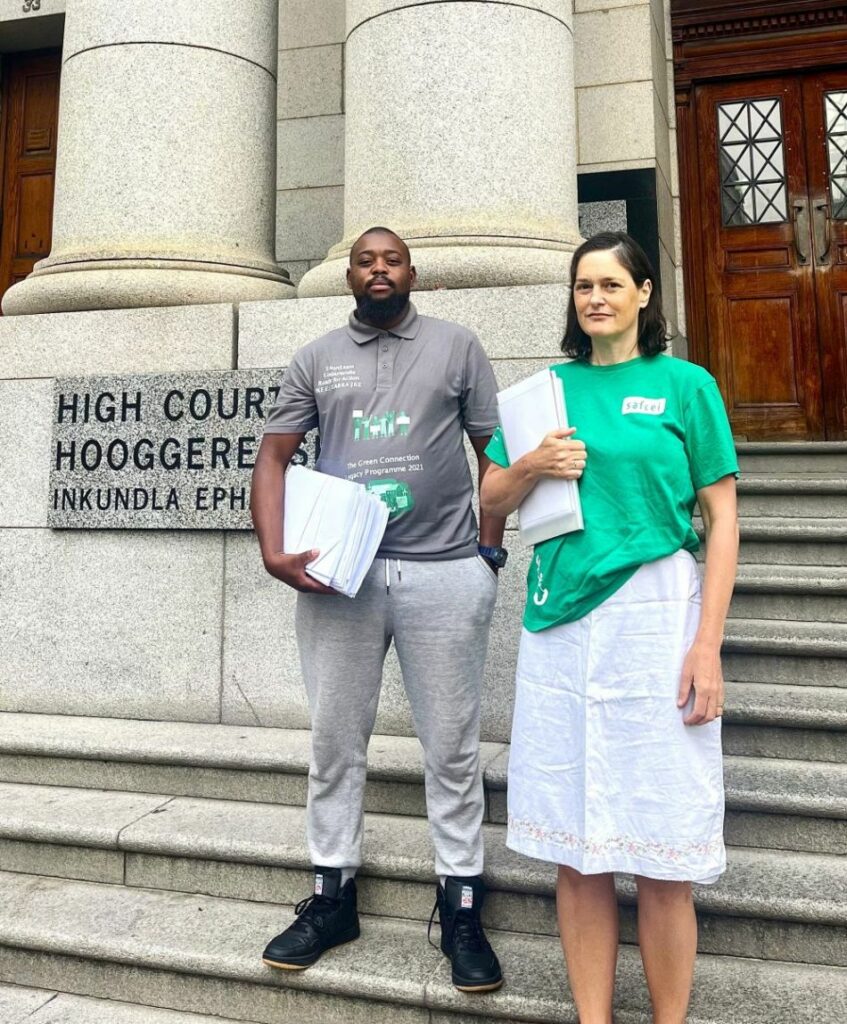 Three weeks into the New Year and South Africa’s energy crisis – the recent announcement of yet another above-inflation electricity price increase amid increased and persistent loadshedding – has plunged the country into chaos. And while there is a strong call to sue the government and Eskom for loadshedding, two civil society organisations are instead going straight to the source of one of the essential problems with energy planning in South Africa – that a critical piece of legislation has not been brought into operation by the President. This week, in a bid to address the country’s crippling energy crisis – the result of poor governance – The Green Connection and the Southern African Faith Communities’ Environment Institute (SAFCEI) have initiated a legal challenge against President Cyril Ramaphosa to force him to bring Section 6 of the National Energy Act into operation, and for the Minister to develop an Integrated Energy Plan (IEP) in terms of that Section.

Following several attempts to engage President Ramaphosa on this issue, The Green Connection is now moving forward – with SAFCEI – with a court application to review the President’s failure or refusal to bring Section 6 of National Energy Act, 2008 (NEA) into operation, and to demand that he brings it into operation now.

Section 6 of the National Energy Act (2008) was passed by parliament but has never been brought into operation by the President. So, since 2008, decision-makers have been carrying out energy planning without a proper legal framework. The organisations argue that the lack of a proper updated energy plan lies at the root of the country’s current energy problems. The purpose of the Integrated Energy Plan (IEP) developed under Section 6 of the Act, is to integrate economic, environmental, political, and social interests and set the context in which energy-related decisions should be made. 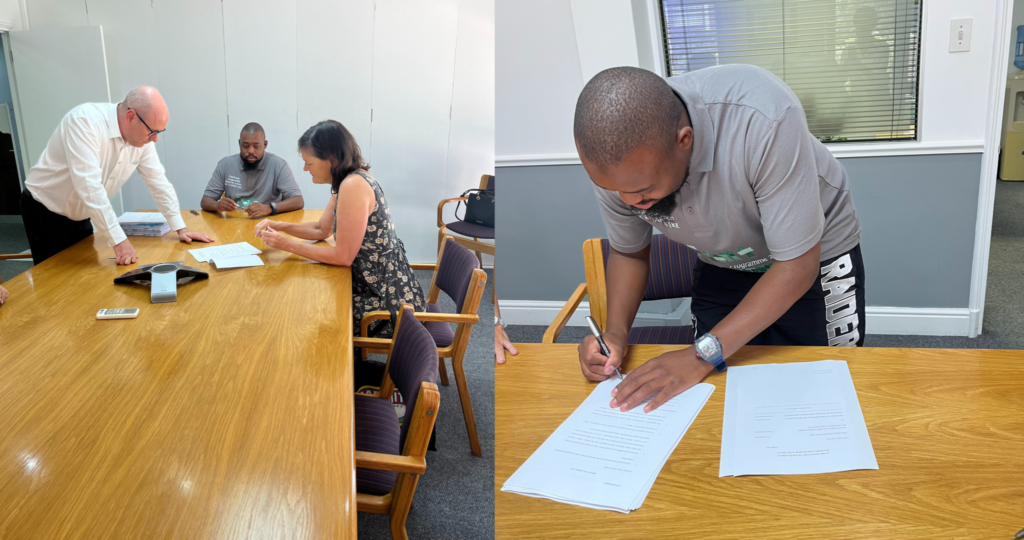 According to The Green Connection’s Kholwani Simelane, “S6 of the Act requires the Minister in the Department of Mineral Resources and Energy (DMRE) to develop and then, on an annual basis, review and publish the Integrated Energy plan (IEP), all of that with public participation. Section 6 also requires that IEP takes into account various important issues and other government plans, as well as having a 20-year planning horizon. How can we even try to solve this problem of energy supply, including providing electricity to the people of this country, people who have no other option but to rely on what government supplies, without a plan that has been developed in terms of energy legislation? The government’s apparent reluctance to bring section 6 into operation, and to develop an inclusive and climate-conscious energy plan under the umbrella of that section creates the impression either that government is incompetent, or that the energy crisis has been engineered, to force those energy choices that enrich vested interests, into the mix. For this, the government must be held accountable.  Seemingly, people have lost faith that government can adequately supply their energy needs.”

Executive Director at SAFCEI Francesca de Gasparis says, “South Africa is in an energy crisis that seems to be worsening with each political decision made, which is why SAFCEI has decided to join The Green Connection in taking the government to court over its failure to bring Section 6 in to operation and to develop and implement an Integrated Energy Plan (IEP), which would serve as a roadmap and blueprint for how South Africa will get itself out of this energy crisis. The Green Connection has written letters to the president and the minister for over two (2) years, asking for Section 6 to be brought into operation, and for  the Integrated Energy Plan (IEP) to be developed and implemented – but nothing has happened.

Simelane says, “Let us recap some of the unwise energy ideas that were pushed by government over the years. First there are the coal-fired plants Kusile and Medupi, both started in 2007 – just a year before we were first introduced to this loadshedding – and which are way over budget. Up to now, neither have operated at full capacity. Then, in 2010, there was a push for nuclear energy and soon after, government proposed the R1 trillion nuclear deal, which was later found to be unlawful (in 2017). Now government wants us to believe that Karpowerships is the answer. No! This is unacceptable. As long as the country operates without an energy plan in terms of Section 6, the government will continue to make poor, contradictory and wasteful energy decisions, which the country cannot afford.”

“Yes, one Minister after another has been working on draft IEPs for years, and one draft was even published for public comment in 2016. But without section 6 in operation, they are not fit for purpose, and without Section 6, there is no law to force government to review the Integrated Energy Plan every year to take into account new information and trends. Instead, they try to sneak in outdated technologies like nuclear and climate change-causing fossil fuels like oil and gas, fracking, and increased coal. In 2010, the country got an Integrated Resource Plan (IRP) – which is a subset of the IEP – but this then took 9 years to update (2019 IRP), and is out of date by now. The sad reality is the SA government seems unwilling to solve the energy crisis. Additionally, an Integrated Energy Plan (IEP) developed in terms of Section 6, will mark a clear pathway for decarbonisation, in keeping with the country’s climate commitments,” adds Simelane.

“What business, which has tens of million customers, does not plan to ensure that the business model works for both the client and the business? In the absence of a comprehensive and long-term plan, we believe that we will continue to see a host of irresponsible energy projects being promoted,” he says.

The organisations emphasize that the energy crisis is a national emergency which is crippling every facet of the country. And since no government department is spared from the impacts, question why there has not been any decisive action from Parliament to hold the president to account for not bringing section 6 of the National Energy Act into operation.

“We believe that this is the critical issue facing South Africa at present, for our democracy, for the economy and for the well-being of every person living in South Africa. The situation is morally unjust. We need to take action and demand that the President and the Minister of Energy and Mineral Resources put in place an energy plan, so that we no longer have to suffer from up to ten (10) hours of power cuts and uncertainty, daily,” adds de Gasparis.

“The energy crisis impacts almost all aspects of our lives from the ability to study, earn, seek medical attention, our safety as we travel and go about our daily lives, and the overall lack of basic service delivery should be a very serious concern for our political leaders,” adds de Gasparis.

“The current state of the country – the energy crisis, the high levels of gender-based violence and femicide, and the overall lack of basic service delivery – are all very tangible reasons for South Africans to take a more active interest in how the government runs the country. We must keep ourselves informed, and where information is not forthcoming, demand that it be provided (as is our right). We can no longer keep quiet and allow inept decision-makers to run the country, without being accountable to the people they serve. For The Green Connection, forcing the President to enact section 6 – which allows the people to be part of developing the energy plan for the country – is a step in the right direction toward giving the people back their agency and their right to be involved in such critical decisions,” concludes Simelane.

The Court papers were issued from the Western Cape High Court on Monday 16 January, and were served on the President and the Minister of Energy.  The Presidency and the Minister are required to provide a record detailing why Section 6 has not yet been brought into operation,  within 15 days. 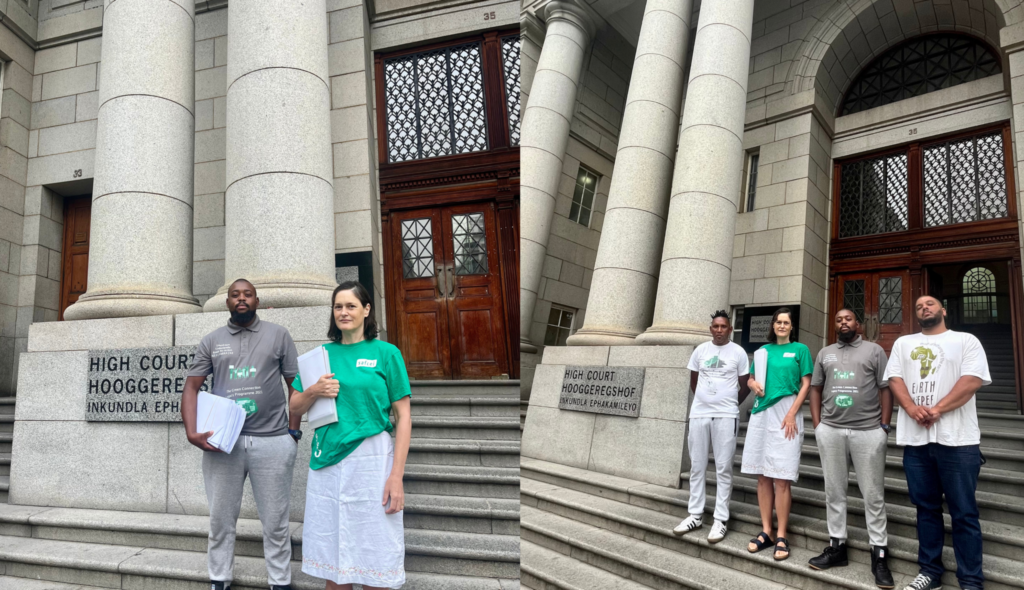 Click the link below to sign The Green Connection’s petition to stop offshore oil and gas, as part of its Who Stole Our Oceans campaign – https://www.change.org/p/imagine-a-world-with-oiled-upbeaches-without-living-ocean-are-we-running-out-of-time/

(2)                The Integrated Energy Plan must deal with issues relating to the supply, transformation, transport, storage of and demand for energy in a way that accounts for —

(a)                take account of plans relating to transport, electricity, petroleum, water, trade, macro-economy energy infrastructure development, housing, air quality management, greenhouse gas mitigation within the energy sector and integrated development plans of local and provincial authorities: (b) inform and be informed by plans from all supply, production and demand sectors whose plans impact on or are impacted by the Integrated Energy Plan; and (c) be based on the results of the energy analysis envisaged in sections 3(4)(a) and 3(5).

(6)                The Integrated Energy Plan must— (a) serve as a guide for energy infrastructure investments; (b) take into account all viable energy supply options: and (c) guide the selection of the appropriate technology to meet energy demand.

According to a media release from the DMRE on 9 December 2016: