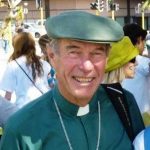 Open letter to the Minister of Finance

Having had the privilege of meeting you last year when I told you about the impending visit of Charles Eisenstein, author of “Sacred Economics”, I was delighted that you were appointed Finance Minister.  Your mid-term budget confirmed that you intended to keep a firm hand on South Africa’s financial stability, and I felt encouraged.

It was therefore most disturbing to read that President Zuma was reported to have said at Davos, during the World Economic Forum, that you would give details of the state’s financial backing for its nuclear power plan in your Budget speech.  “The finance minister ….must be able to say, ‘Here is the money for the programme the President talk about’”.

Like families, nations have to live within their means.  We in SAFCEI believe strongly that nuclear energy will lock us into monopolistic energy development which is going in entirely the wrong direction.  We frankly do not see how nuclear energy can be put forward as a solution to our immediate energy crisis when it takes ten or even more years to build nuclear plants.

By then the energy scene will have changed dramatically and nuclear plants could be seen as expensive white elephants leaving an irresponsible legacy of pollution for future generations to cope with.  The National Development Plan (NDP) warned about being locked into expensive structures, which would no longer needed in fifty years’ time.

But decentralised renewable energy can be up and running in a year or two.  We have some of the best solar resources in the world. Already it is reported that IPPs have saved Eskom R3.7bn and netted R800m (Business Report 27 Jan 2015). This has not cost the tax payer a cent.  Nuclear will cost us –and our children – an arm and a leg.

You will have seen that the latest round of bids to build 6 000MW of solar and wind power plants – more than the capacity of Medupi coal-fired plant – will be paid for by private investors, and rooftop PV could come on line this year.  Dare we point out that had Eskom heard the plea of faith communities in 2010 to follow the RE route instead of Medupi, we would not be in the predicament we face, and would not have the huge burden of costs facing the country!

But now there is a host of new solar technologies being developed, at a fraction of the cost of a few years ago.  See “The Burning Answer” by Keith Barnham who has developed a solar cell that is three times as efficient as the most efficient solar cells on the market today.  He demonstrates that our energy needs can be met with 100% renewable energy, far more cost-effectively, and safely, than nuclear.  It can also bring energy to the rural poor of Africa, scattered across the countryside, which a centralised grid system can never do.

Following the path of solar – and renewable energy in general, including fuel cells if that becomes a reality – is also essential if we are seriously to confront the accelerating threat of climate change. And why are nations not investing in this transformation? Barnham’s view is that “the nexus between the military, nuclear weapons and nuclear power is still a critical factor in the choices nations make about different energy technologies”.  Thank goodness South Africa turned away from the nuclear weapons path, so there is no reason for us to emulate nations that are, especially as nuclear disarmament is essential for our future well-being and security.

The NDP and the IRP questioned the need for nuclear energy.  SAFCEI, the Western Cape Religious Leaders Forum, the KZN Inter religious Council and individual faith leaders, have written extensively to President Zuma for more than three years, requesting a meeting and pointing out that it is far more important that the government capacitates and develops our people than spending scarce resources on a capital intensive energy that will continue to impoverish our country long after President Zuma is retired and gone.

From an energy as well as financial perspective, we believe nuclear energy is going in the wrong direction. We encourage you to tell President Zuma – and Parliament – that our scarce financial resources should be prioritised for the empowerment of our people rather than nuclear energy.

We send our good wishes and assurance of our prayers for you in your important work.