In the spirit of reawakening and restoring our heart and soul connection with nature in 2015, John Roff’s poem While We sleep reminds us that even as we sleep nature is vibrantly awake. To attend a Poems and Spirit event see invite  at the end of this article. 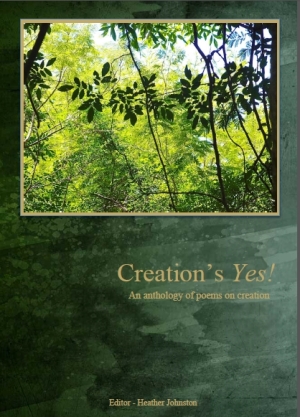 Creation’s YES by A Rocha

Moles nose up to

And as we fold the evening’s washing,

somewhere close, on a moonlit plain,

into their soft receptive mouths.

About the author John Roff.  “I write to draw attention to the sheer beauty and wonder of life, and the daily miracle of sharing this world with millions of glorious living things.  This poem was written entirely from my imagination – I have had many experiences in wild places in Southern Africa, and in my mind I saw and felt the elephants simply carrying on with their ordinary yet marvellous lives in the wild free places north of where I live. “ 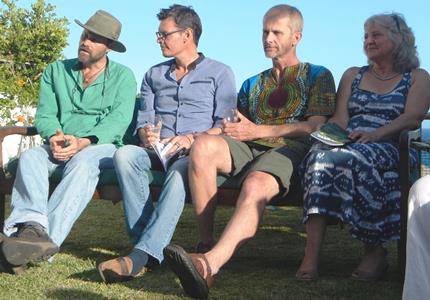 Reproduced from`Creation’s YES!’ an anthology of poems that say YES to Creation.(Edited by Heather Johnston and published by A Rocha.)  Creation’s YES was inspired by a writers workshop hosted by A Rocha in 2012.  The five poets whose poems capture the freshness of Creation met for a further 3 years to share their passion for the environment and poetry.  Creation’s YES is the fruit of their inspiration. “Poems like God open something for you in the ordinariness of the moment,” shared Allen Goddard on of the poets.

Tuesday, 27 January, 7.30 pm
Centre space, 1 Chapel Lane, Rosebank
R30 will include light refreshments
Books including Creation’s Yes will be for sale.
RSVP to Suzanne at info@christianspirit.co.za or 021 686 1269