The plans for celebrating Earth Keeper Day on 14 February were announced on the previous Sunday and congregants were asked to bring a gift of the Earth (any vegetable or fruit from their garden or greengrocer) that was to be distributed later to the needy.

Many congregants heeded the call and placed their Gifts of the Earth in the sanctuary before the service. The children of Waterkloof Primary School also participated by bringing canned as well as fresh vegetables and fruit to school on the Friday. The children, as well as their parents and teachers, also joined our annual clean-up of a spruit in the vicinity of the school. So the Earth Keeper message was spread through the community. 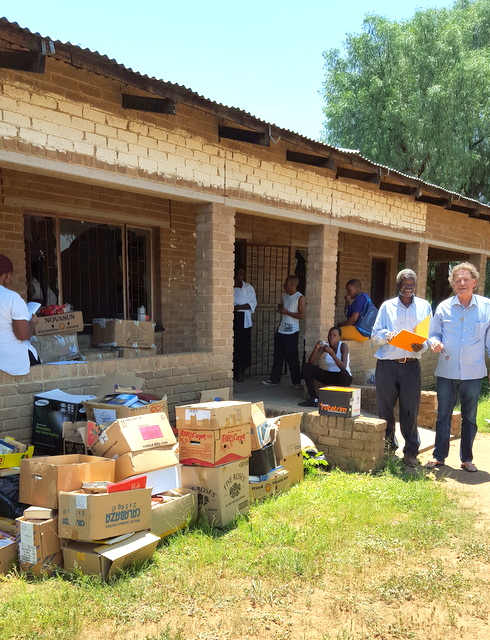 Dropping off the Gifts of the Earth at Itereleng Centre.

At both services on the Sunday the Benedicite Africana (Song of Creation) was used as well as a Eucharistic prayer for the Season of Creation, which was combined with the liturgy for the First Sunday in Lent. At the second service, which was attended by the Sunday School children, the Rector demonstrated how we are polluting the Earth by emptying a dustbin down the aisle. The children had drawn posters to celebrate the day and these were on display in the church.

Residents at the Itereleng Centre.

On Monday, two vehicles filled with vegetables and fruit went to Itereleng Centre, in Winterveldt, a cluster of settlements to the north of Pretoria. Itereleng was established as a training centre for the disabled in the former Bophuthatswana. It is still frequented by the elderly and the disabled, but the infrastructure is in a state of disrepair and it seems that training is no longer given on a permanent basis. It is not a project of Tumelong (the mission and development programme of the Anglican Diocese of Pretoria), but it does receive occasional help from them and from various other organizations in Gauteng and North West. It is also supported by the local community – several residents in the vicinity agreed to store and cook the produce donated by the church. 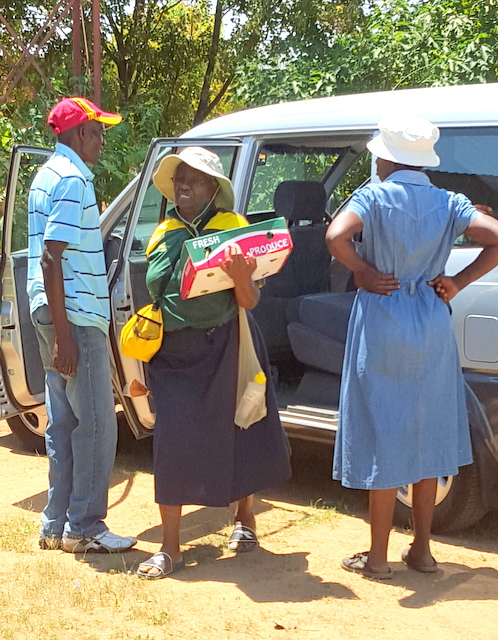 Residents at the Itereleng Centre receive fruit and vegetables from St Francis of Assisi Anglican Church.