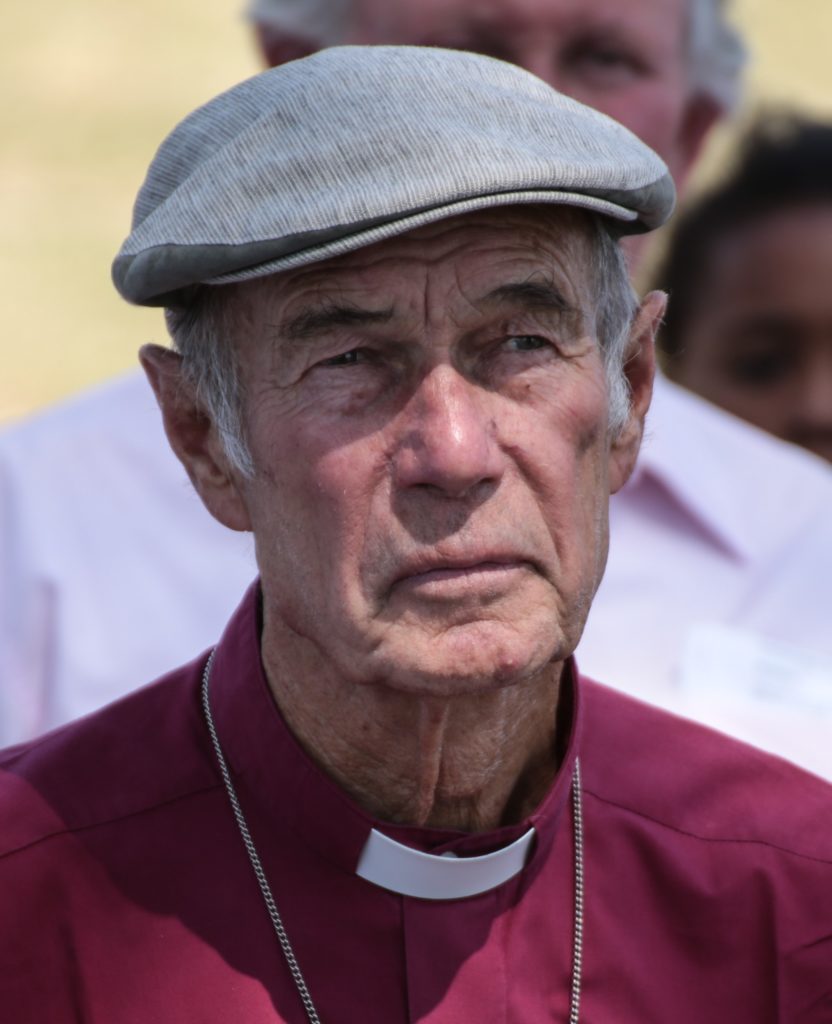 Bishop Geoff Davies or more affectionately known as the Green Bishop is the founder and patron of the Southern African Faith Communities’ Environment Institute (SAFCEI), celebrated the fiftieth anniversary of his ordination as a priest.

SAFCEI celebrates the life and work of Bishop Geoff, the Green Bishop, on the fiftieth anniversary of his ordination as a priest. Bishop Geoff founded SAFCEI with Kate Davies in 2005. He has spent much of his life encouraging members of his church, and later the wider faith communities to care for creation and to protect our common home.

Bishop Geoff stresses the need for multi faith communities to be leaders for eco-justice has become greater than ever. He sees that the modern world’s emphasis on economic growth is destroying the fabric of our web of life. All faiths uphold the ethical principles of justice, equity, love and compassion.

“We have deep gratitude to Bishop Geoff for founding SAFCEI, and his long-standing committed and energetic engagement on issues of eco-justice. He embodies the role that faith leaders and earth keepers can play in changing practice in faith institutions as well as wider society,” said Francesca de Gasparis, SAFCEI Executive Director.

In 2016, Bishop Geoff was awarded the Langton Award for Community Service by the Archbishop of Canterbury for encouraging the church to embrace ecological issues.

“Bishop Geoff has been largely responsible for our Church’s awareness of environmental issues. We owe him a huge debt of gratitude since he did this when it was not fashionable or popular,” said Archbishop Emeritus Desmond Tutu in congratulating him for this award.

Born and raised in Cape Town, Bishop Geoff studied Theology at Emmanuel College Cambridge and Cuddesdon College, Oxford. He was ordained deacon in St Paul’s Cathedral in 1969 and priested a year later. After serving in a parish in London he was appointed to the parish of Serowe, in the heart of Botswana. There, he says, he became acutely aware of the fragility of life, with drought in his first year and abundant rains and life the following. He recognised the delicate balance of nature and that it is we humans who are upsetting it. He became convinced that the church should be caring for all of life, not only humans.

After his marriage to Kate, he was appointed Rector of Holy Trinity Parish in Kalk Bay in 1977, before heading up the Mission Department of the Anglican Church of Southern Africa. This enabled him to get to know the church throughout southern Africa. In 1986 he was consecrated Bishop and was based in Kokstad for 17 years. Again he became aware of the fragility of the natural environment. In the Apartheid structured Transkei, he saw too many people being forced to seek out a living on too little land.

On his retirement from his Diocese the opportunity arose to implement his conviction that the church should be looking after God’s creation as well as people. He also realised that this should involve all faiths, and not only the Christian faith. Through a wonderful coming together of “God-incidences”, he says, a national conference was held in 2005 to establish SAFCEI, officially launched by Nobel Peace laureate Wangari Maathai in July.