The warm autumn weather on Freedom Day enticed many South Africans living at the coast to head down to their favourite sea side spot to celebrate 21 years of democracy. In the Cape, fishermen enjoyed a late season run of yellowtail and beach goers were treated to an unusual abundance of fresh fish.  Anglers eagerly lined the coast, their rods reaching for fish beyond the waves while an armada of small boats carried fishermen to the deeper shoals.  The treknet fishers of False Bay who had survived the years of famine before this feast stood knee deep in the fish bounty.  These increasingly rare reminders of the ocean’s original abundance are both a celebration of creation and a call for us to wake-up to care for the declining condition of the seas.  Can we be truly free while human actions are systematically polluting the ocean’s waters and over fishing is depleting the seas’ community of creatures? 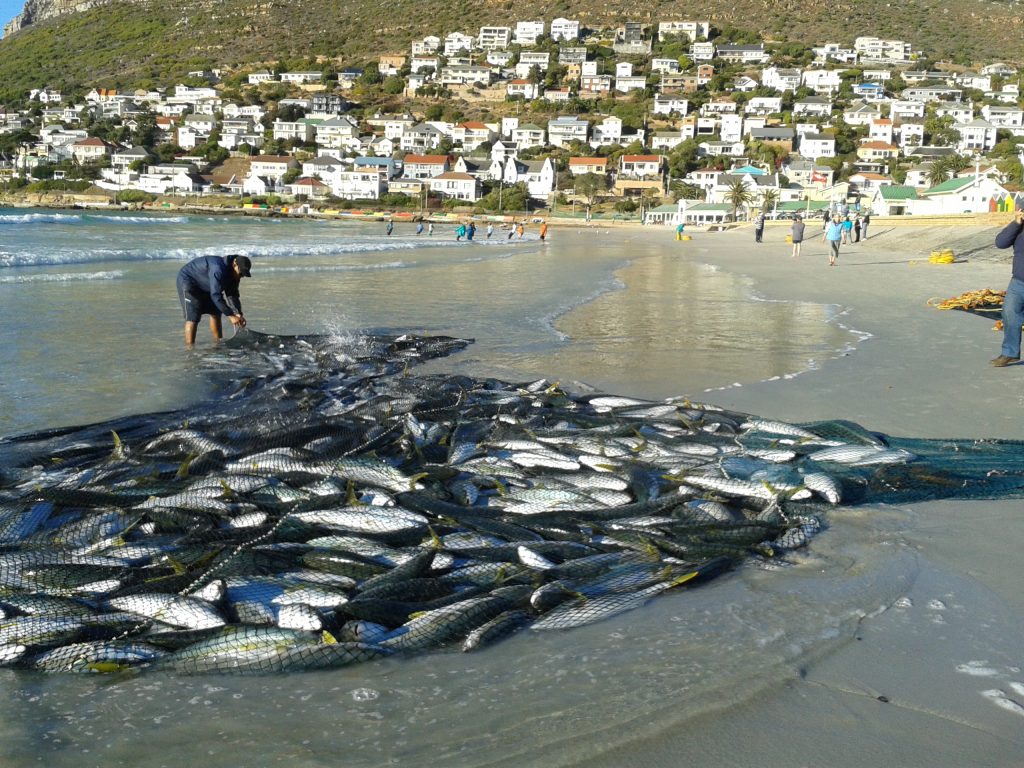 SAFCEI board member Sh. Dr. Muhammad Ridwaan Gallant in his article “Declining Sea Life,” appeals to us to act on our moral duty to care for the oceans. He explains that the Qurān is clear about the importance of wildlife on earth. There is not an animal (that lives) on earth, nor a being that flies on its wings, but (forms part of) communities like you” (Qurān 6:38).

The killing of animals without justification is not allowed in Islam, no matter how small nor what kind of animal or bird is the victim. The Prophet (SAW) said, ” If you kill a sparrow senselessly, it will hasten to Allah on the Day of Judgment saying: O Rabb! so and so killed me for play and not for use!” (An- Nasai)  Islamic traditions clearly indicate that a person hunting for anything except food will face dire consequences in the Hereafter.  Although the killing of birds is mentioned in these traditions, this rule applies to all animals that are killed without justification.

The underlying message in these traditions, explained by Sh. Dr. Gallant, is the understanding that killing animals unnecessarily can lead to the extinction of species and in the long term can impact on the entire animal community. Quoting from texts of the Ulama (learned scholars)he explains that Islam is clear about the unjustified killing of animals. Ibn Taymiyyah ruled that: Hunting out of necessity is permitted; if it is for fun and playing, it is detested.  If it causes injustice to people, by destroying their fields and property, it is prohibited.

Imam Zakaria in the book Asna al-Matalib(1/555) explains that hunting without an acceptable purpose may lead to destruction and extinction. The Fuqaha, experts on Islamic jurisprudence, have decided that “it is haram(unlawful)to hunt animals whose meats are halal (permissible), when the hunt is not aimed at slaughtering the animals for consumption. Such activities will lead to extinction.”   Sadly many thousands of tonnes of sea creatures including juvenile fish below the legal size, albatrosses, turtles, dolphins, small sharks, etc are being caught as `by catch’ in the process of catching commercially valuable fish species. These by-catch creatures are dumped into the sea with all too little concern for the role they play in the inter-dependent web of life and certainly with no respect for them as`communities like people’.

The rapid advancement of commercial fishing technology in just over 60 years has allowed us to catch more and more tonnes of fish while reaching further and further from the shore and into deeper depths than ever before. For too long greed and profit at any cost has resulted in unsustainable catch methods as well as catches that exceed quotas. Now we are faced with the consequence of collapsing fisheries. 70% of global fish populations are either fully utilized, overused or in crisis.  This is extremely worrying for the future of the seas and the livelihoods of fishers.  Even as we target many fish species which are the top predators, especially tuna and sharks, we do not understand what the domino effect is of removing so many species from the top of the food chain. We do know that it does not mean that there is more for us. We are upsetting the intricate balance of the web of ocean life with unknown consequences.

It is therefore appropriate that the theme of World Oceans Day on 8th June this year is Healthy oceans, healthy planet.  The message reinforces the understanding that the sea as creation’s

biggest ecosystem is both critical for the health of the planet and is a vital source of protein for billions of people.

What can Earth Keepers, as consumers who care  do to help protect both the fish stocks and the livelihoods of the fishers?

1 Choose to eat seafood that is good for us and for the environment. SASSI, the South African Sustainable Seafood Initiative green list identifies the fish species which are the best managed, most sustainable choices available to consumers. These species include hake, yellowtail, certain tuna, angelfish, snoek etc. For full list go to:http://www.wwfsassi.co.za/?m=1.

2 Look out for the Marine Stewardship Council logo on frozen and tinned fish.  The MSC certifies fisheries that are sustainably managed. By consuming these products, consumers help to protect both the fish stocks and the livelihoods of the fishers. http://www.msc.org/

3 Join the Sustainable Seas Trust in championing the splendours of the Southern African Seas while caring for its wonderful animals and the people who depend upon them. For more information go to http://www.sst.org.za/

4 Recycle and don’t litter or wash any substances into our storm water systems as ultimately they flow into and pollute the sea.

This article has borrowed extensively from Declining Sea Life by Sh. Dr. Muhammad Ridwaan Gallant.  For his full article click on link  declining of sea life