Light a candle for the world’s environmentalist!

Here’s how you can support the world’s environmental defenders – light a candle on December 10! 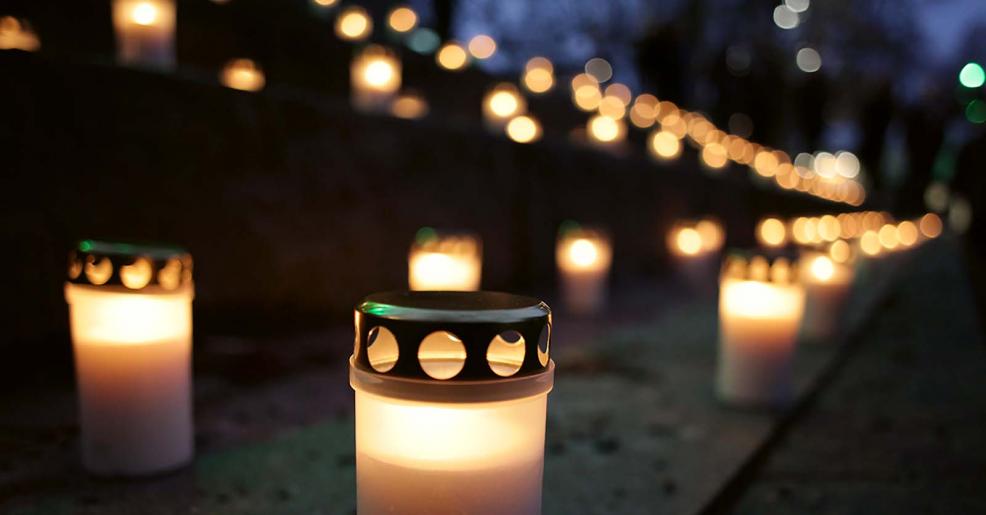 Of course, it may seem obvious to raise questions about nature, environment and climate. But it is not. Every week, at least three environmentalists are killed in the world. Violence, threats and harassment are increasing. We must reverse this trend!

On December 10, the Swedish Society for Nature Conservation will organize a light event to draw attention to the environmentalists’ vulnerable situation.

Environmentalists are becoming increasingly vulnerable. It is part of a global trend in which the democratic space of civil society is shrinking. More people need to catch their eyes on this problem!

Therefore, on December 10, the Swedish Society for Nature Conservation organizes light events in several places as well as in social media under the hashtag #Light4Defenders.

Lighting manifestation in Stockholm
On December 10 at 4 pm, we gather for a light show in the Kungsträdgården (north of the dam) in Stockholm. There, among other things, we will light candles, read the names of all the environmentalists who were murdered in 2019, and keep a quiet minute for them.

One of those who will speak at the event is Johanna Sandahl, chair of the Swedish Society for Nature Conservation.

Lighting manifestation for environmentalists at COP25
We also plan to hold a demonstration at COP25 in Spain, together with international cooperation organizations, to pay attention to the situation of environmentalists.

Do you not have the opportunity to participate in the light manifestation in Stockholm? Then we encourage you to participate digitally by lighting a candle and posting a photo on it in social media on December 10 with the # Light4Defenders emergency tag.

The purpose of the manifestations is to draw attention to the environmentalists’ vulnerable situation, so that we can put an end to the violence against those who stand up for nature.

Light a candle for the world’s environmentalist! # Light4Defenders

The light manifestation in Stockholm:

Cost: Free! Lights are in place

You will also find the light manifestation as an event on Facebook .