Dr Ian Player died quietly on Sunday at his home, Phuzamoya, in KwaZulu-Natal, at the age of 87. His name is synonymous with rhino conservation internationally. Locally Dr Player’s courage and energy won many conservation battles including stopping the proposed strip mining of the St Lucia Coastal dunes by one of the biggest mining companies in the world. Perhaps his biggest legacy is the transformation of conservation in KwaZulu Natal to involve and include the local communities. Everyone, not just conservationists, should grasp that a “giant among human beings” had passed on.” Ezemvelo KZN Wildlife chief Bandile Mkhize. 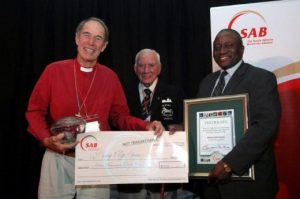 “We shall miss Ian immensely. He gave the most tremendous encouragement and support when we were dreaming of starting SAFCEI. I think most valuable was that he gave the courage needed to persevere. ‘About time’, he told me,’ that the faiths got involved in looking after and protecting God’s creation!’ He played an immense role in fighting to protect life.

May his spirit continue to soar, as a challenge and example to us all.“

The Tribute to Dr Ian Player below was written by Dr Andrew Venter of the Wildlands Conservation Trust.

This morning the global conservation movement is mourning the loss of one of the greatest conservationists of all time, Dr Ian Player. Ian was intimately involved in the Wildlands Conservation Trust, as one of our Founders, as a long term Trustee and as a Patron. The unique blend of passion, vision, commitment and determination which characterised every moment of his life, challenged and inspired us all.

Ian’s personal fight for the conservation of rhino is legendary. However, his conservation legacy extends well beyond rhino. He personally catalysed, led and inspired a Wilderness movement which now covers every continent and has resulted in the conservation of millions of hectares of Wilderness area, formally protecting some of the most beautiful and spiritual areas on this planet.

At a local level, he founded and championed many leading environmental organisations, including the Wilderness Foundation, Wilderness Leadership School and Magqubu Ntombela Foundation. He challenged conventional conservation wisdom in South Africa, at a time when contrary opinion was regarded as unpatriotic and a threat to the stability of (the old) South Africa. He personally championed the transformation of conservation from a white elitist and fortress-based approach to a broader community-based approach, personally identifying and mentoring many of the champions of this new conservation movement.

Christopher Reeve defined a hero as “an ordinary individual who finds the strength to persevere and endure in spite of overwhelming obstacles”. There were many times over the past 50 years that Ian could have stepped back from the fight and lived a much simpler and more peaceful life. Yet he never did, persevering to the very end. He was a true hero of the environment movement and someone that we will all miss dearly. Our thoughts are with his family and close friends. Know that he has inspired an army of activists who will fight for his legacy and the conservation of this planet’s spectacular natural and cultural heritage. 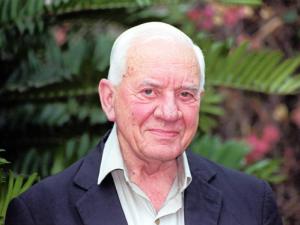