Protect the Karoo from Uranium Mining

The debate around nuclear power often focuses on how it was being procured in secrecy, the high price of proposed nuclear reactors, and the lack of a solution for nuclear waste. But we hear little about what comes before nuclear energy: uranium mining.

Working in the Karoo

SAFCEI volunteers Stefan and Erika Cramer were initially deployed to the Karoo to help local communities in their struggle against fracking. But Erika discovered a tiny notice in a local newspaper about the proposed uranium mining in the area around Beaufort-West, and they soon discovered that uranium exploration was advanced: mining rights were already applied for by an Australian mining company.

Mobilising communities against the dangers of uranium mining

In a whirlwind, the two traveled the Karoo and spoke to everyone they could: farming communities, farm workers, and students among them. Soon the tide turned and their efforts were met with both interest and anger: how could a foreign mining company endanger the lives and livelihoods of hundreds of thousands of people across a vast region? 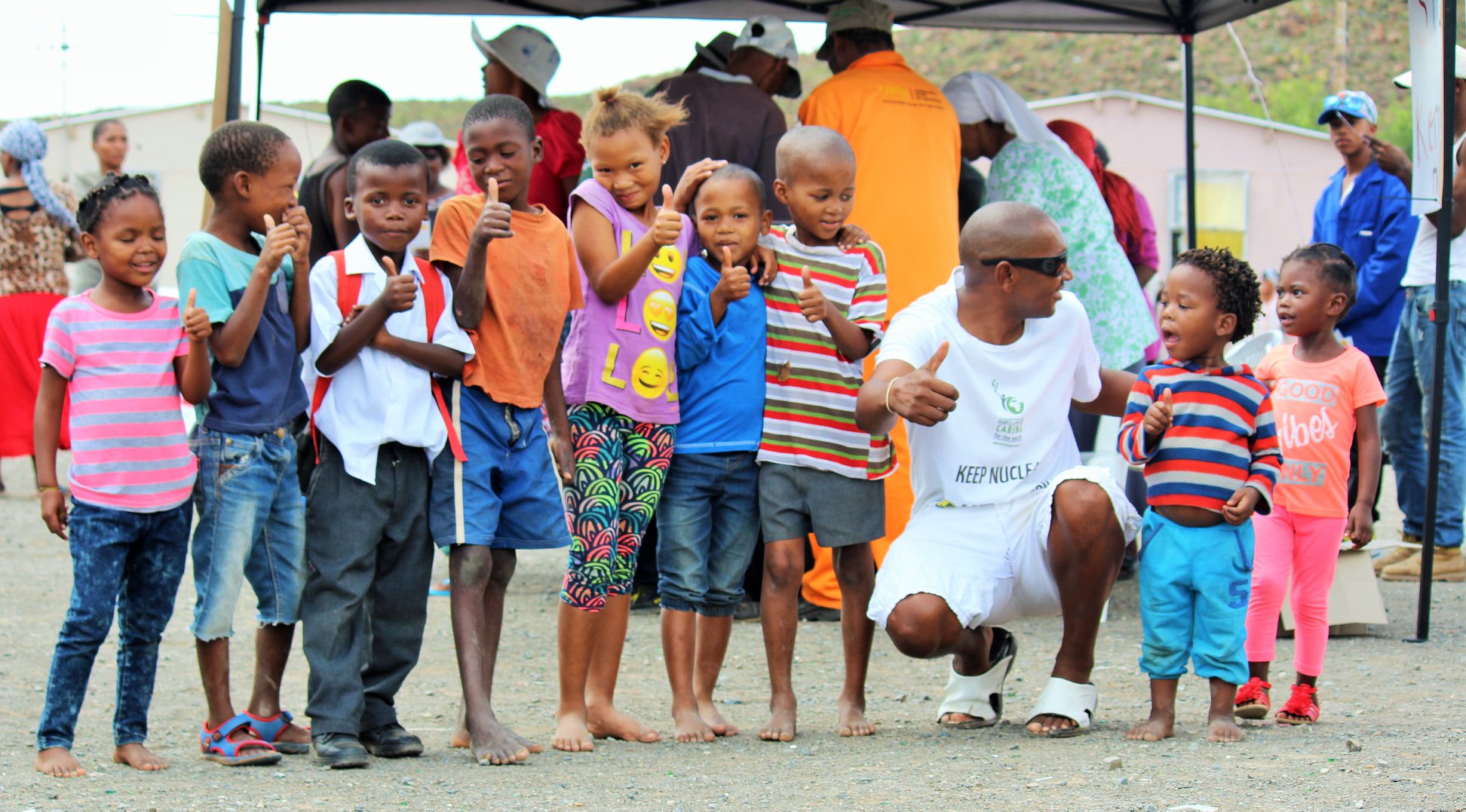 Neville van Rooy of the Karoo Environmental Justice Movement and Support Centre for Land Change talks to activists in the making in the Karoo, 2018.
Uranium mining in the Karoo would be hard rock, open pit mining, creating large plumes of radioactive dust. Today, the groundwater is already toxic in a few places around the trial mines where international mining companies had tried their luck – and failed, leaving behind a deadly legacy of radioactive contamination in unprotected pits. Luckily, the South African media picked up the story and reported extensively, both locally and nationally. 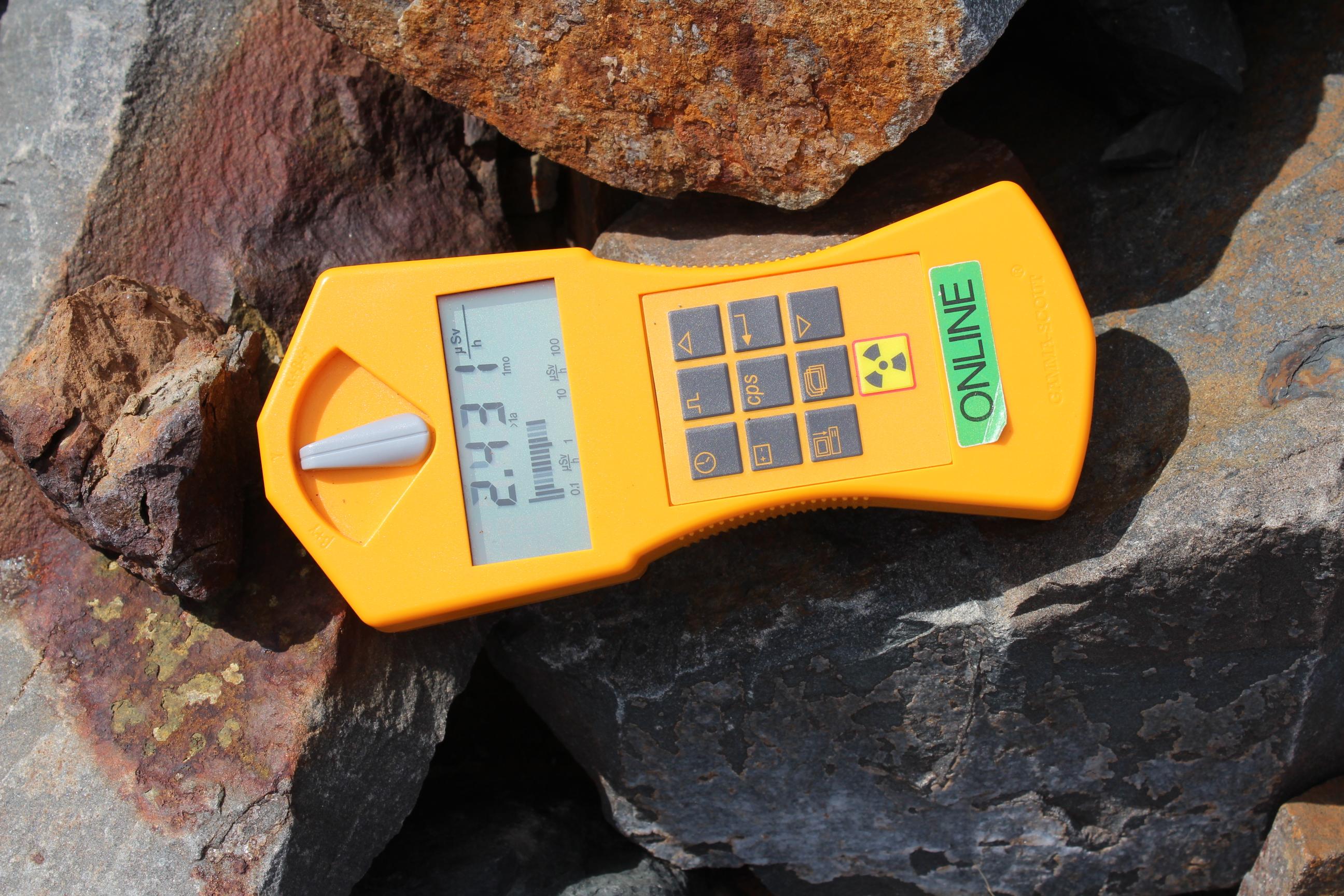 Mining waste dumps outside Beaufort-West are contaminated and show gamma radiation 10 times above normal levels.
When South Africa’s nuclear industry tried to come to the rescue of the uranium mining industry, suddenly, people realised that uranium mining is actually the dirty underbelly of the nuclear cycle

Eventually, a tiny and most unlikely fellow came to the rescue of the Karoo. A diminutive plant called Nananthus showed up, a few millimetres over the ground after some strong rains. This exotic succulent had never been found from these parts and in fact could be a new species. This discovery, coupled with solid technical and scientific evidence from a large group of concerned academics, led to endless delays in the licensing process for uranium mining.

This tiny Nananthus plant is one of the issues that has delayed uranium mining in the Karoo. On the right is a farmer’s boot for scale. Picture courtesy Philip McNaughton

Peninsula Energy gives up on the Karoo

Finally in October 2017, the Australian mining company gave up after having spent more than US$10 million in consultants and legal fees with nothing to show for it.

The residents of the Karoo are relieved and can now again concentrate on what they can do best: sustainable agriculture, encouraging agritourism in the vast expenses of safe lands, and eventually provide the nation with endless power: renewable energy from the ideal sites for wind and solar energy.

SAFCEI’s challenge is now how to harness this gift of God to benefit the people of the Karoo. 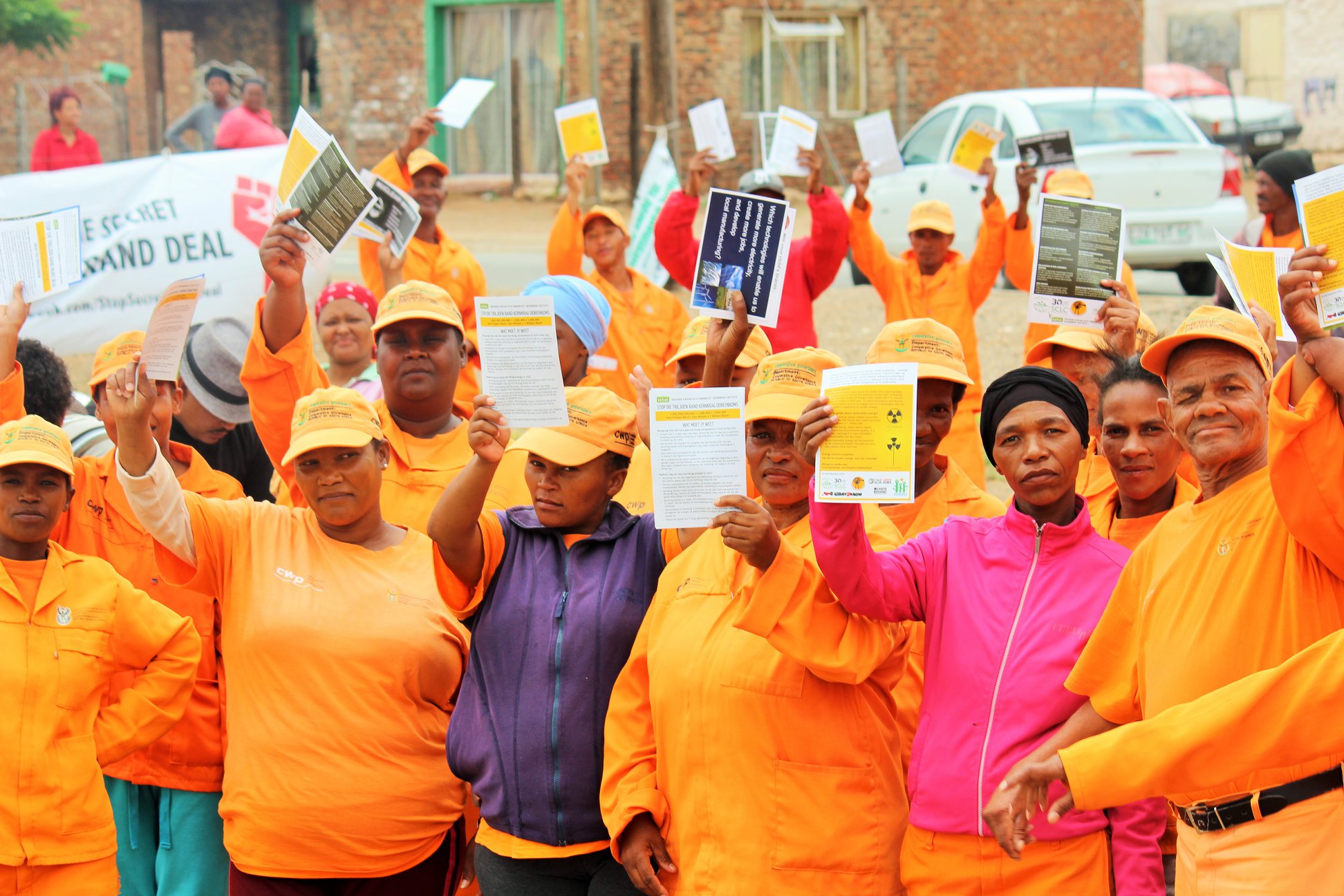 Communities in the Karoo wave information sheets about the effects of uranium mining and nuclear energy, during a roadshow through the region in early 2018. Knowledge is power, and we’re working with partners to make sure all South Africans are informed about our energy choices, and the right to participate in decisions that affect us