Multi-faith leaders come together for a prayer vigil outside Parliament in Cape Town to pray for good governance and a just energy future, 2018.
In 2014, Russia’s state-owned nuclear corporation announced that it had signed a nuclear procurement agreement with South Africa. This came as a shock to many citizens, since the deal did not pass through proper parliamentary channels and there had been no space for participation from the public on the deal.

SAFCEI and Earthlife Africa Johannesburg believed that there was a deliberate manipulation of government decision-making processes. So in October, 2015, they took the matter to court.

On 26 April 2017, after a campaign inside the courtroom and in the public arena, with public meetings and workshops, protests and marches, the Western Cape High Court found that the nuclear deal and the various associated energy procurement processes, were both illegal and unconstitutional.

The court case could not have been won without the collective effort of our civil society and NGO partners, and also the many individual citizens who took up the cause. 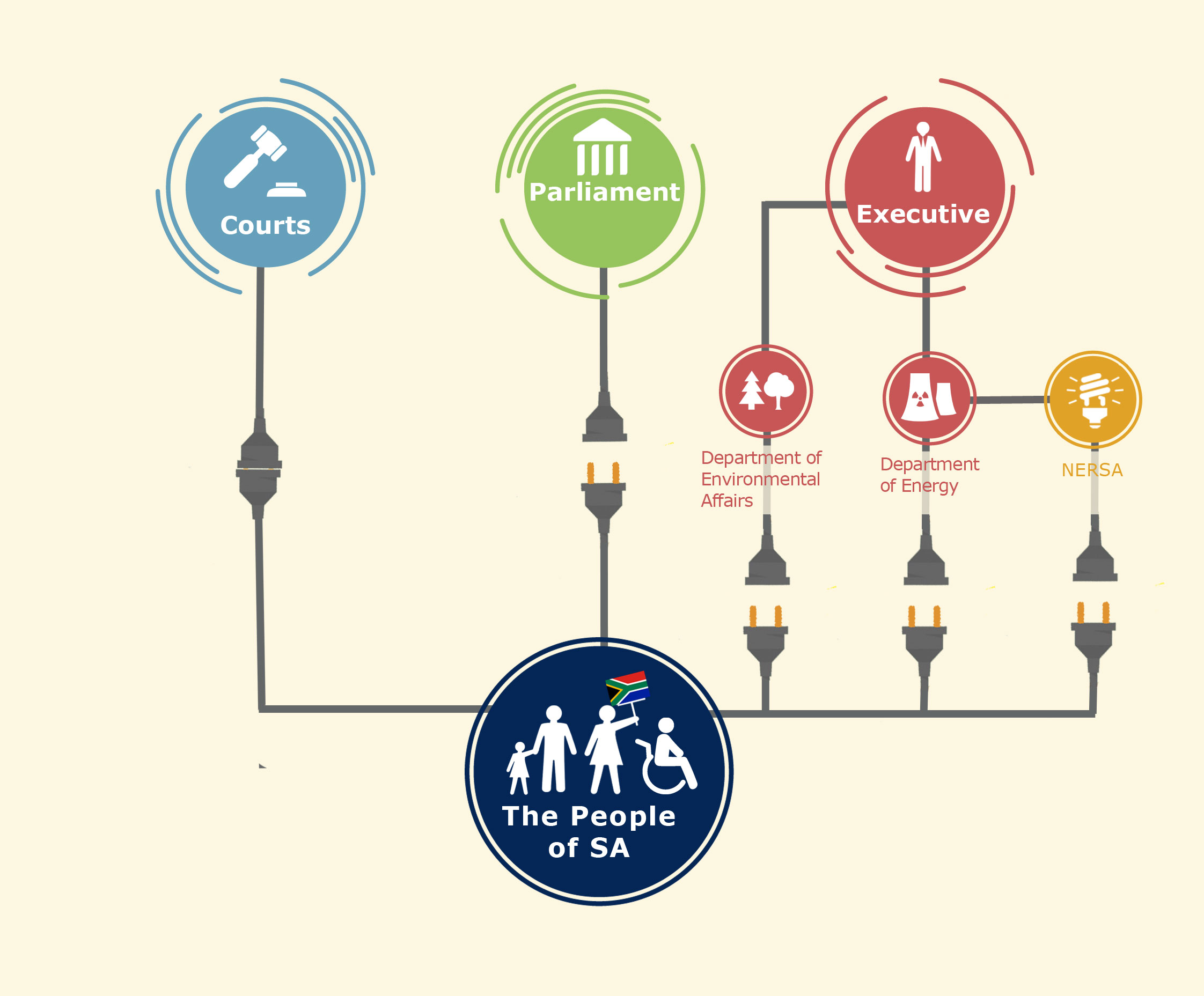 The courts were the only thing helping the people of South Africa protect themselves from the corrupt nuclear deal.

In December 2017, Minister Mahlobo held an ‘Energy Indaba’ which was not open to concerned civil society organisations, but included a Russian delegation. Thankfully, this attempt at mock public consultation to push through the nuclear deal, failed. 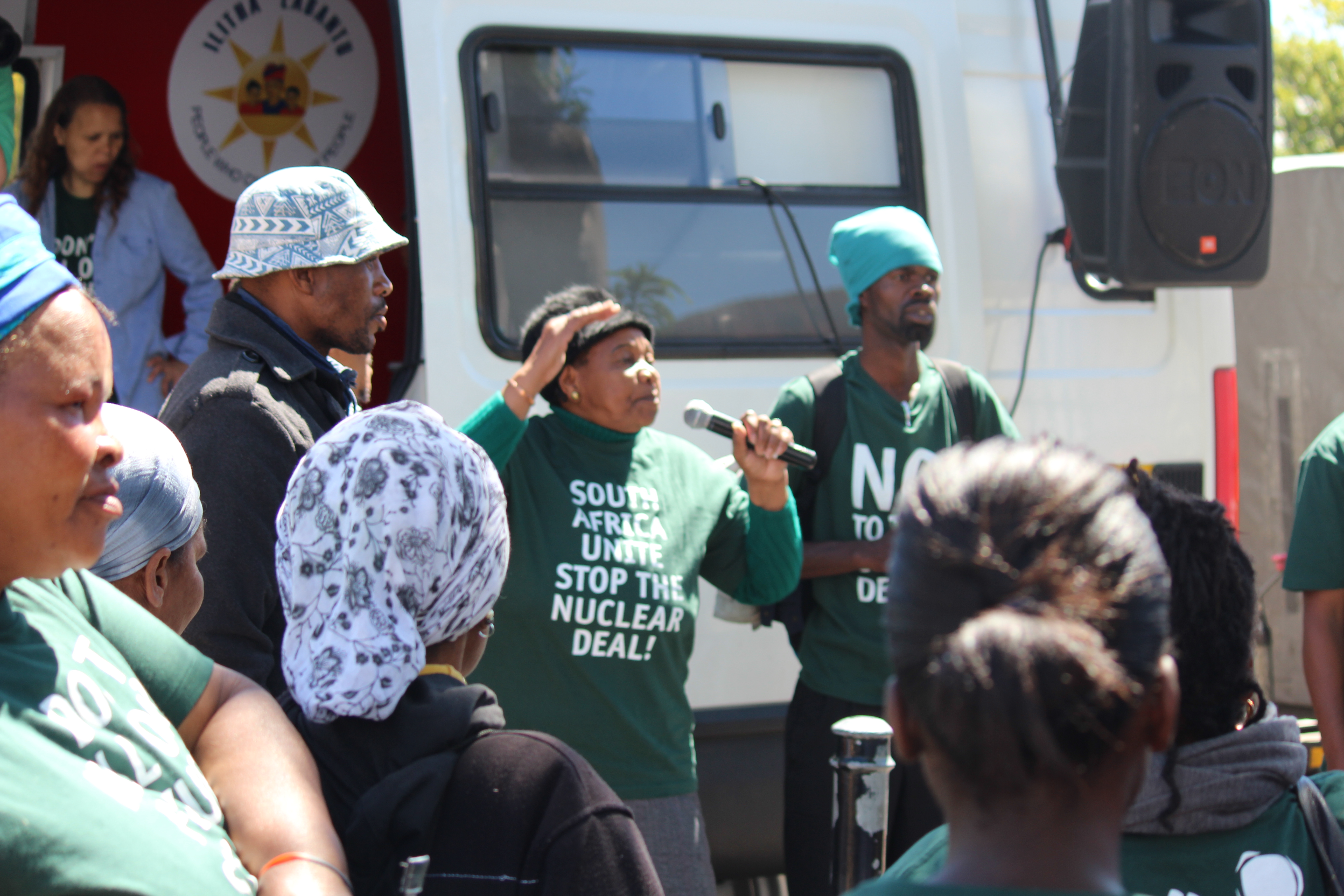 The green light for a new nuclear plant near Koeberg

While the court case blocked the nuclear deal from going ahead, other nuclear-related processes continue to unfold. The environmental impact assessment (EIA) for a new nuclear plant to be built at Koeberg, near Cape Town in the Western Cape, was given the green light.

Early in 2018, SAFCEI mobilised community representatives to host a series of roadshows in the Northern Cape, Karoo and Eastern Cape to build awareness about the nuclear deal and the upcoming EIA appeal deadline. We gathered more than 700 letters of appeal, which we hope will influence the Minister’s decision to reverse the EIA approval.

As 2018 unfolds, embedded corruption continues to dog South Africa’s heels and SAFCEI will be keeping its eyes wide open as we eagerly anticipate the new electricity production plan. Nuclear energy will neither create greater equity or access to energy in South Africa, nor will it address the challenges of climate change. 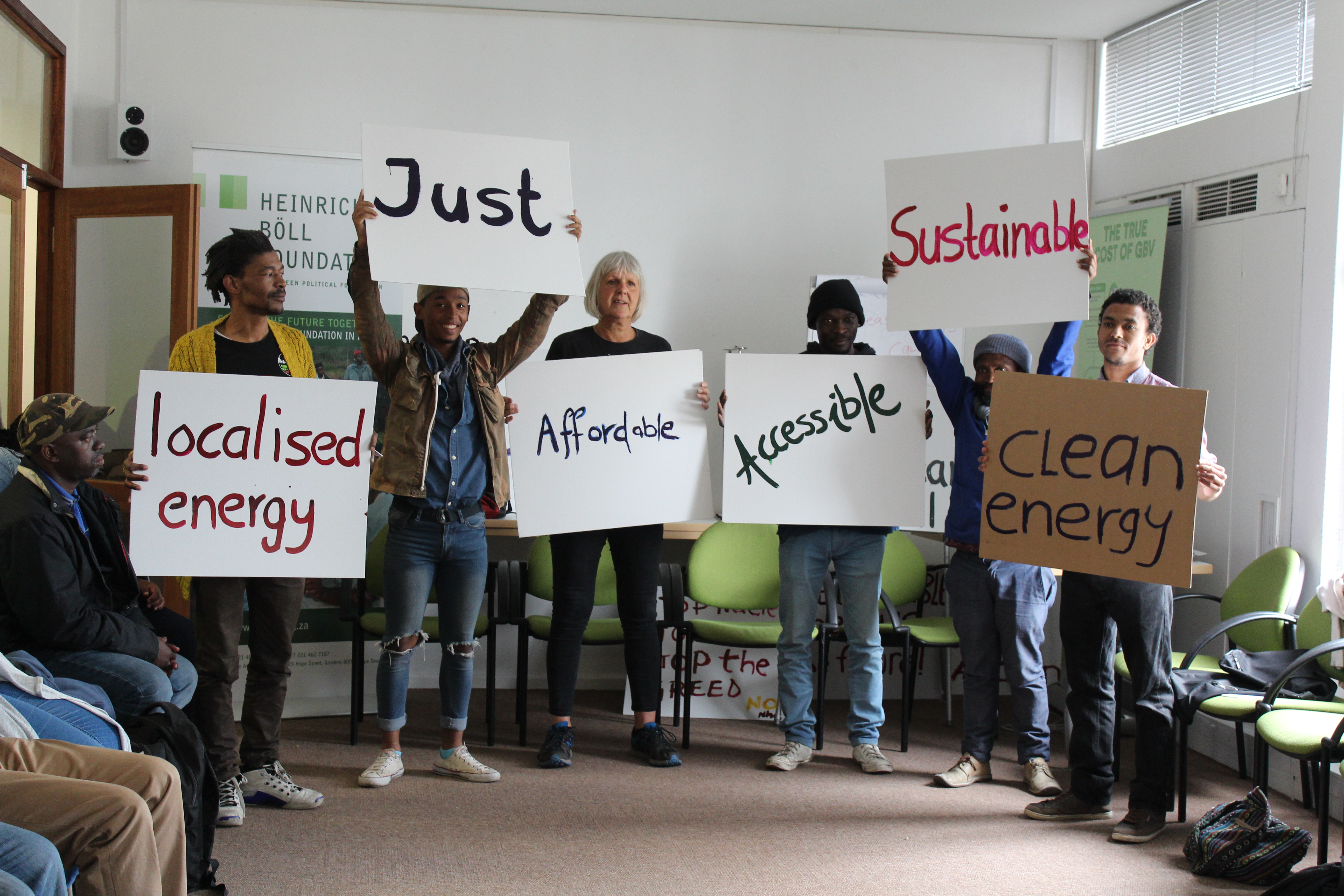 A street theatre workshop with Popular Education expertly sums up the future we want to see. 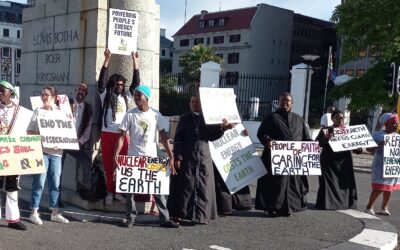 On 1 November 2022, twenty faith leaders from around South Africa gathered to deepen their knowledge and experience in eco advocacy. This was the third time the group had gathered in 2022, and everyone was excited to learn how the training would unfold. The series of... 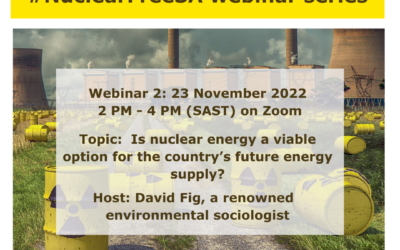 Join us on 23 November 2022 at 2 PM (SAST) for the second part of our online #NuclearFreeSA webinar series with David Fig.   Webinar 2 topic: Is nuclear energy a viable option for the country’s future energy supply?   Register here to join the webinar:... 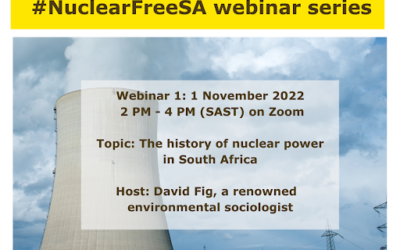 Join us on 1 November 2022 at 2 PM (SAST) for the start of our three-part #NuclearFreeSA webinar series with David Fig. In this webinar series, we will unpack the history of nuclear energy in South Africa, whether nuclear is a valid part of the country’s future energy... 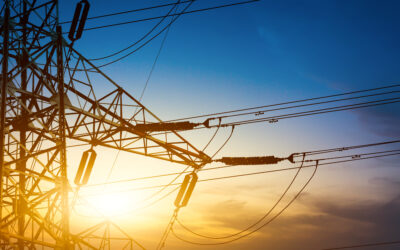 SAFCEI submission to NERSA: 10 years on and South Africans still suffer tariff increases that only benefit a failing Eskom

MEDIA RELEASE 9 SEPTEMBER 2022   SAFCEI SUBMISSION TO NERSA: 10 YEARS ON AND SOUTH AFRICANS STILL SUFFER TARIFF INCREASES THAT ONLY BENEFIT A FAILING ESKOM   Eskom is seeking to increase its electricity prices again, by 38.10% for the 2023/24 financial year, estimated... 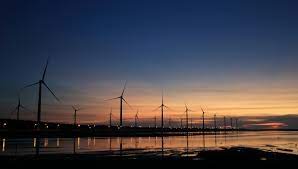 Media Release July 2022 Civil society organisations (CSOs) are continuing their efforts to help South Africa move towards the end of load shedding by drafting the People’s Determination. This proposed document will assist the minister of Mineral Resources and Energy,... 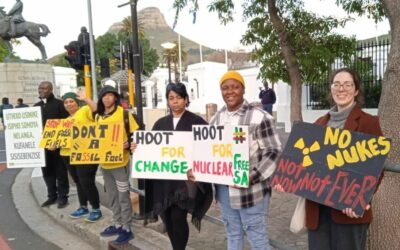 Faith communities’ vigil calls for an #energyplan4all, as crises continue

MEDIA RELEASE JULY 2022   FAITH COMMUNITIES’ VIGIL CALLS FOR AN #ENERGYPLAN4ALL, AS CRISES CONTINUE   On the morning of 20 July, in time to rise with the winter sun, the Southern African Faith Communities' Environment Institute (SAFCEI) held its second...

Join the call for energy justice