How Can We Help?
< Back
You are here:
Print

The posters along with additional resources are available here to download. 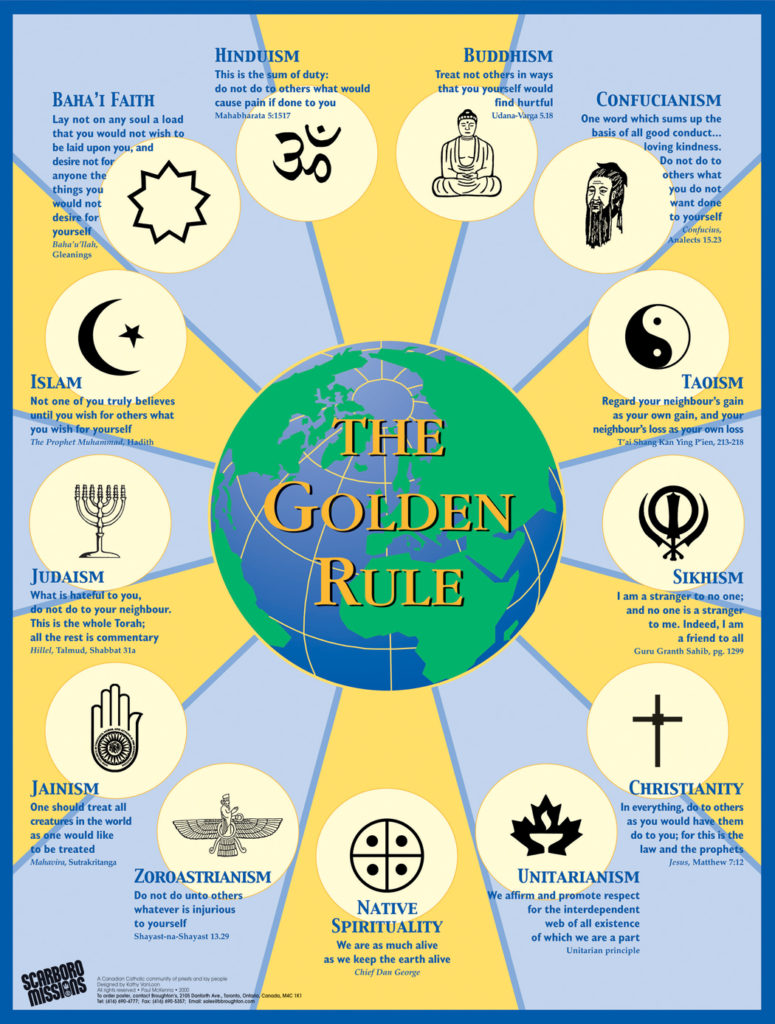 Below see information about the international success of the Golden Rule Poster in Africa.

The Scarboro Missions multifaith Golden Rule Poster has gained international renown as an educational and interfaith resource. One of the contributing factors to this development is Ambassador Mussie Hailu, an internationally-renowned activist in the fields of interfaith, human dignity, peace-building and Golden Rule. He is based in Ethiopia. Mussie produced a variation of the Scarboro Missions Golden Rule poster and has circulated 2.5 million copies of it across Africa and around the world. The overwhelming majority of these posters are in English but a minority of them are in Amharic, the official language of Ethiopia. Click this link to see the design of the African poster in Amharic – the English poster is the same design: https://www.scarboromissions.ca/golden-rule/educational-resources